Posted by Dafabet Sports on February 7, 2022 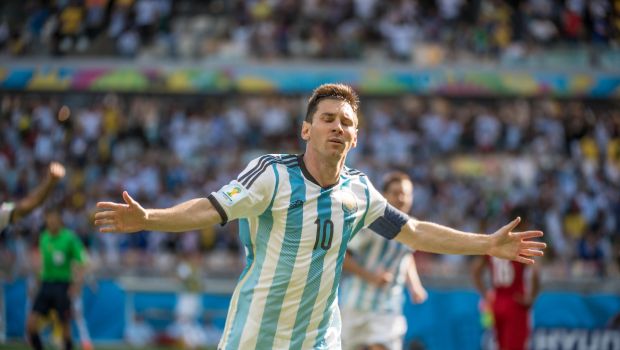 Paris Saint-Germain ran riot to secure a convincing 5-1 victory over the reigning champions Lille at the Stade Pierre-Mauroy. Paris Saint-Germain extended their winning streak to 14 games in Ligue 1 by thrashing Lille. PSG is comfortably placed at the top of the Ligue 1 table with a 13-point lead over Marseille. Meanwhile, Lille dropped one place to the 11th spot. It was a clinical and dominating performance for the visitors. A poor defense from the hosts aided PSG to score more goals.

Portuguese midfielder Danilo Pereira netted twice. PSG star strikers Lionel Messi and Kylian Mbappe scored one each. Presnel Kimpembe also got his name on the scoresheet. PSG was in no mood to let their opponents get into the game. Paris Saint-Germain scored five times from their seven shots on target. PSG had an excellent 71% shot conversion rate.

PSG was presented with a gift to break the deadlock at the start. A huge blunder from Lille goalkeeper Ivo Grbic as he spilled Nuno Mendes’ cross and made the task very simple for Danilo. Danilo tapped in from close range in the tenth minute. Lille fought back to level the scores and found one in the 28th minute.

Sven Botman produced some good acrobatics skills to beat PSG keeper Gianluigi Donnarumma. Though the goalkeeper got a hand to the ball, he was unable to stop it. PSG regained the lead when Kimpembe turned in a way-ward corner kick from Messi. A Poor play again from Grbic who flapped at a corner, leaving Kimpembe to slot in from 5 yards.

Six minutes later, Messi scored his first goal of the 2022 season. After great work from Mbappe, the ball fell to Messi who delicately and cleverly chipped Grbic from 12 yards. A delightful finish from the Argentine captain to score his second League goal of the season.

Lille tried to tighten things in the second half but PSG remained unstoppable. Danilo added his second early in the second half. His deflected shot from the edge of the box settled in the net after beating Grbic. Mbappe gave PSG a four-goal cushion in the 67th minute. A sumptuous effort from Mbappe as he fired a fantastic shot from 20 yards into the top corner of the net.

Mauricio Pochettino’s side has started to turn up the gears ahead of a crucial period for the club. PSG is expecting to welcome back Neymar from injury for their Champions League clash with Real Madrid in nine days.