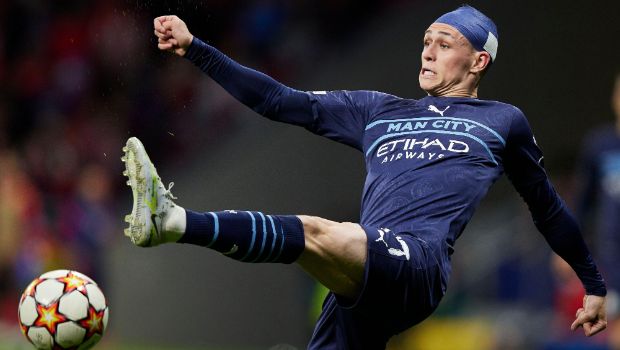 Haaland scored another hat-trick following his heroics against Crystal Palace and Nottingham Forest. The 22-year-old Norwegian striker scripted history in the Premier League by becoming the first player to score a hat-trick in three consecutive home games. Haaland took his goals tally to a phenomenal 17 in only 10 appearances.

There was also a hat-trick for Phil Foden. With no City player having scored one against United since Francis Lee in 1970, two hat-tricks were scored in just one game. Manchester City was stunningly dominant from the start and ran riot with outstanding attacking play.

Foden scored the opener in the 8th minute with a beautiful strike. Bernardo Silva, who dragged a precise low cross produced a pinpoint pass to unmarked Foden near the post. Foden swept a first-time shot past David de Gea. Manchester United players were careless in possession and flimsy in defense. Haaland doubled the lead in the 34th minute. Kevin De Bruyne curled the corner towards the six-yard line, where Haaland got above McTominay and powered a header past de Gea.

Three minutes later, Haaland scored his second when De Bruyne flipped a glorious ball at the far post. Haaland slid onto it, watched the bounce carefully, and shot the ball into the net. Foden added the fourth goal on the stroke of half-time. Haaland slid a wonderful low cross towards the far post, where Foden rammed the ball gleefully past de Gea.

Antony pulled one back for United with a terrific strike in the 56th minute. Antony, who collected Eriksen’s Crossfield pass, cut inside and smashed a curling shot from 25 yards that flashed past Ederson into the far corner. A few moments later, Haaland completed his hat-trick while Foden added a third of his own.

United striker Anthony Martial struck a pair of consolation goals in the last 10 minutes of the game. First heading in a rebound, the second from a penalty kick. But those goals were not enough to trouble City in a resounding Manchester derby victory.