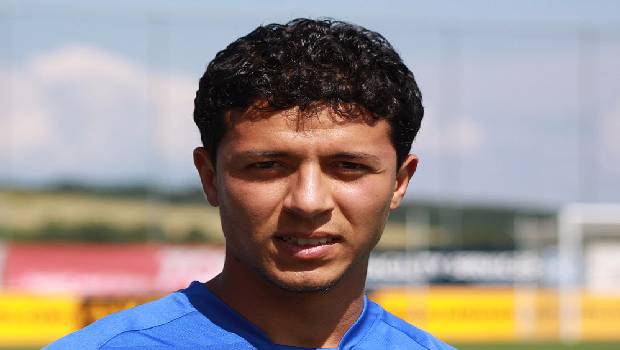 Kerala Blasters and Mumbai City FC continued their winless streak as they played out a 1-1 draw in an Indian Super League encounter at the Mumbai Football Arena on Thursday. Bouli goal in 75th min put Kerala in the lead but Mumbai hit back with an Amine Chermiti strike in 77th to share the spoils.

Kerala and Mumbai got 1-1 draw in six matches and find themselves at the 8th and 6th position on the table, with 1 point separating them. Chasing their 2nd win of the season, Kerala showed plenty of goals but lacked an end session as they dominated the early stages.

In a 12th minute Raju Gaikwad throw-in found its way towards Seityasen Singh who shot wide from a one-on-one with Mumbai city goalkeeper Amrinder. Bouli led the Kerala Blasters attack in the absence of Bartholomew, was a handful for the Mumbai player defence. Midway through the 1st half, the Cameroonian striker pulled off a excellent overhead effort from inside the box off Carneiro’s cross from the left but was starved of a goal-of-the-season contender by Amrinder, who kept the shot out.

Mumbai team slowly get back to the control in midfield and threatened before the break with Moudou and Rowllin combine to carve out 2 good chances. Rowllin did well to find Moudou out wide and the forward cross for Chermiti was punched away by Rehenesh before a similar cross from the same combination saw Larbi head over the net.

The game draws after the change of ends, with Mumbai turning more forceful in their approach. The host side were excellently denied twice by Rehenesh who kept Kerala Blasters in the match. The goalkeeper was fast to rush off his line to get to Chermiti’s risky long pass before the planned target; Bipin could be given it inside the box.

After some minutes, Borges split the Kerala blasters defence with a brilliant through-ball that released Bipin into the box. The Kerala curator sprinted out of his area and blocked the forward’s shot. After impressing throughout the game with his movement directly, Bouli broke the deadlock for the visitors in the 75th minute. Jeakson trickled into the box and forced a save off Amrinder but Jessel delivered the rebound across the goal on a plate for the striker whose left-footed strike found the back of the net.