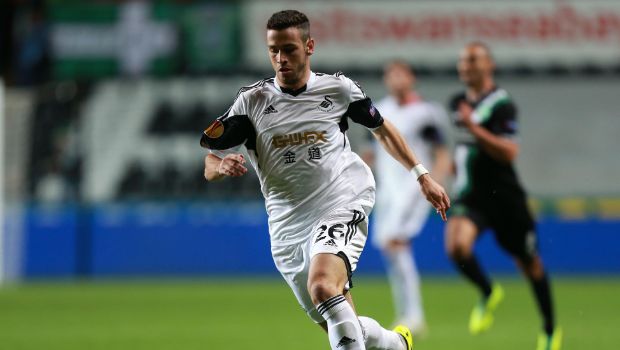 Kerala Blasters FC has brightened their semifinal chances with a 3-1 win over Mumbai City FC in a rescheduled Indian Super League match at Tilak Maidan. Kerala Blasters now need just a point to qualify for the semis after securing a much-needed victory. Alvaro Vazquez brace powered Kerala Blasters to earn full three points against Mumbai City. The Spanish striker Vazquez scored a brace either side of halftime while Sahal Abdul Samad opened the floodgates for Kerala. Diego Maurico scored a consolation goal for Mumbai.

Kerala Blasters are now in fourth spot with 33 points. The Blasters will take on FC Goa in their final league clash. On the other side, Mumbai is in fifth spot with 31 points. Mumbai will play Hyderabad FC in their final league game. Kerala will look to clinch victory against Goa while Mumbai will hope to win against Hyderabad and Kerala lose to Goa.

Both teams started the game cautiously and played with confident to score the opener. After many trades between the teams, the 24-year-old Abdul Samad displayed individual brilliance to put Kerala ahead. Samad robed the ball from Cassio Gabriel, who failed to clear it with his head. Samad made a twist and turn past the Brazilian and outfoxed the Mumbai defenders to power the low shot into the bottom left corner of the net. Mumbai goalkeeper Mohamad Nawaz had no chance to deny it as he was blinded by the scrambling defenders. It was Samad’s fifth goal of the ISL campaign.

Mumbai tried to produce an immediate comeback but it their efforts went in vein as Kerala doubled their lead. The match referee awarded a spot-kick for Kerala after Mourtada Fall brought Vazquez down inside the area. The Spaniard was clever as he made the run and stopped for a moment before smashing the ball to right of Nawaz who went the other way.

Kerala Blasters almost had their third goal at the start of the second-half, but Luna’s exceptional effort from outside the box was well saved by Nawaz. The Blasters did not have to wait long for their next goal, as Mumbai City conceded as easy goal.

A poor back-pass from Mourtada Fall followed by a poor attempt from Nawaz made it simple for Vazquez. The Spanish footballer latched onto it and inflicted a killer-blow. Mumbai pulled one back after Ruivah Hormipam fouled Mauricio inside the box. Mauricio fired to the bottom right corner to make it 1-3. Kerala held onto register a remarkable win.