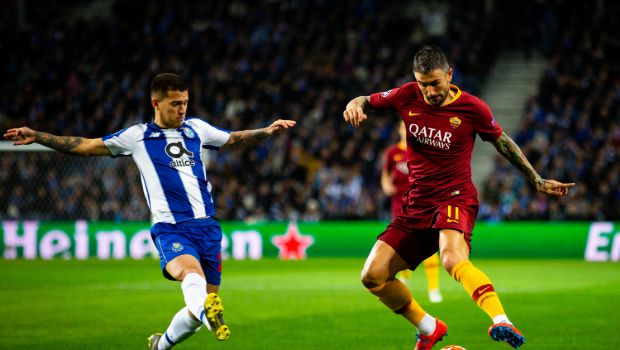 Portugal defeated Turkey 3-1 to advance to the World Cup qualifying play-off final. Portugal played well as a team to beat the dark horses of the EURO 2020. Portugal who played in a win or go-home match, scraped past Turkey to stay alive in their quest to reach the showpiece event in Qatar at the end of the year.

Otavio Silva Monteiro, Diogo Jota, and Matheus Nunes scored one goal each to claim a remarkable win. The hosts looked comfortable as they played an attacking game from the word go. Turkey’s right-back Celik suffered a blow to the head and that halted Portugal’s bright start for a moment. Portugal continued to dominate with excellent pass accuracy and possession.

Portugal took a crucial early lead in the 15th minute through their attacking midfielder Otavio. Otavio did some nice work to set up a shot for Bernardo Silva, who hit the post. However, Otavio pounced on the rebound to take a deserved 1-0 lead. Turkey tried to put a fight back and Portugal looked rattled when Diogo gave it away inside his half. But Burak Yilmaz produced a shot that went well off target.

Portugal continued to create chances to find the net with more possession. As a result, Jota scored their second goal just before half-time. Again it was Otavio in the scene; he played an excellent out-swinging cross to Jota, who produced a fine header to score past Turkey goalkeeper Ugurcan Cakir.

Turkey rallied straight after the break and pulled one back through Yilmaz. Yilmaz collected a pass from Cengiz and turned it into a goal with fine touch to put his side right back in the contest. In the 83rd minute, VAR gifted Turkey a golden chance to level the score from the penalty spot after Jose Fonte fouled Enes Unal. But Yilmaz’s effort went over the crossbar. The Turkish striker has been the main threat all night.

Substitute player Nunes made it 3-0 with a clever move to beat goalkeeper Cakir. Though Turkey put a good fight, it was not good enough to stop Portugal. Portugal will play North Macedonia in the final on Tuesday.

North Macedonia stunned Italy by scoring the only of the match in the added stoppage-time. The Euro 2020 winners will miss out on the World Cup for the second successive time. Italy players looked frustrated by a heroic defensive performance from Macedonia. Italy experienced their first defeat in 60 home World Cup qualifiers.