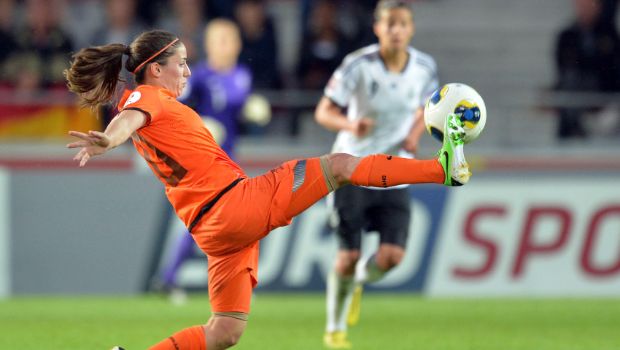 Defending champions Netherlands survived a huge scare to defeat Portugal 3-2 at Leigh Sports Village on Wednesday. The Netherlands held off a stirring fight back by Portugal to go top of Group C. Danielle van de Donk smashed a superb strike to give the Netherlands a much-needed victory in an action-packed encounter. The Netherlands and Sweden are in the top two places of Group C with four points each. Both teams just need a point from their final group game to progress further. Sweden struck a late winner to beat Switzerland 2-1 on Wednesday.

Having been held 1-1 by Sweden in their opening game, the Dutch women made an aggressive start to take a quick 2-0 lead without their star player Vivianne Miedema. The 25-year-old forward player was ruled out of the game due to Covid-19. But Portugal stunned their opponents by producing an impressive comeback in the European championship group stage thriller.

The Dutch got off to a flying start in Leigh as Damaris Egurrola and Stefanie van der Gragt struck inside the first 16 minutes. Former Everton midfielder Egurrola gave her side a seventh-minute lead with a fine-angled looping header from a corner. The Dutch continued to dominate Portugal and looked to be on their way to a comfortable victory when Stefanie headed in the second goal in the 16th minute of the game. Lieke Martens’ volley deflected into the path of Stefanie, who scored with a diving header.

Portugal, who had fought back from two early goals for a 2-2 draw in their opening game against Switzerland, once again showed their resilience. Portugal women played hard to create chances and find the net. As a result, Carole Costa scored the opener with a 38th-minute penalty that was awarded after a VAR review. The review clearly showed that Diana Silva had been brought down by Dominique Janssen. Costa sent Van Domselaar the wrong way to reduce the deficit to 1-2.

Two minutes after the break, Diana Silva’s header sparked scenes of rejoicing among the Portuguese fans. The 27-year-old Silva confidently headed a fine cross from Costa. Later on, Jill Roord thought she had restored the Dutch’s advantage, but her effort was ruled out for an offside.

But there was no denying Van de Donk’s strike, she collected Marten’s pass on the edge of the area, took a touch, and curled the ball into the top corner. The Dutch winger secured the win with one of the brilliant goals of the tournament.