EURO 2020: Luka Modric stunner against Scotland sends Croatia Into Round of 16 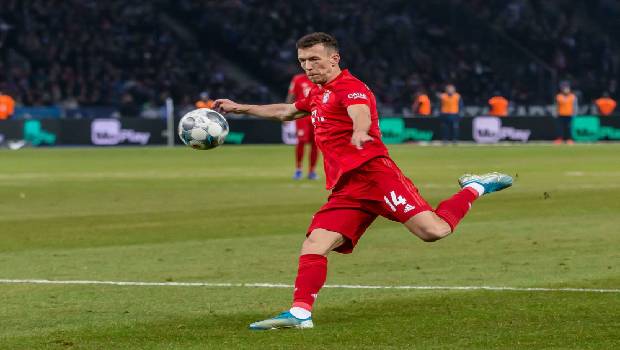 Croatia defeated Scotland 3-1, in their Group D encounter at Hampden Park Stadium and qualified for the Round of 16. Scotland’s dream of going into the knock-out stage of a major tournament for the first time ended with a dried-out defeat. Euro 2020 was Scot’s first big tournament since the 1998 World Cup. Scotland desperately needed a victory to reach the last 16 but all their efforts fell short.

The first half started with more expectations on Scotland. Scotland had two back-to-back corners but none was turned into a goal. The first one was headed behind by Perisic, the second one punched away by Croatia defender Livakovic.

In the 17th minute, Vlasic nets the ball to give the Croats a 1-0 lead. The ball was shot diagonally from the back, Perisic headed the ball to Vlasic, who chested the ball down and sent it into the net. Scott Mckenna replaced Grant Hanley, who went down with a calf injury.

An equalizer came from the foot of MCGREGOR, his first international goal. Croatian defence mishandled the cross pass from Andy Roberston and the ball was half-cleared to Callum McGregor, at the edge of the box. He drove the ball into the bottom right corner of the goal through the passage of flying defenders. The crowd at Hampden erupted and roared with joy, with Scotland scoring the first goal in this tournament and the first in over 23 years.

The referee’s whistle brought the throbbing first half to an end. The second half started with Croatia rolling the ball. In the 50th minute of the game, Gvardiol found one-on-one with Scotland keeper D.Marshall, but he came off his line to make the save. Another good chance for Scotland was not paid off, as McGinn shot the ball with his foot instead of his preferred right foot.

Croatian Luka Modric scored in the 62nd minute with a world-class quality playing. The ball rolled from the corner, Modric curled from outside the box to the top left corner of the goal. Modric became the oldest player to score for Croatia at the Euros (35 years and 286 days).

Scotland’s heartbreaker came from Ivan Perisic, who scored with a brilliant header by beating Tierney. This goal sealed the spot for Croatia in the last 16. Croatia beat Scotland for the very first time, only in the sixth game played between them.