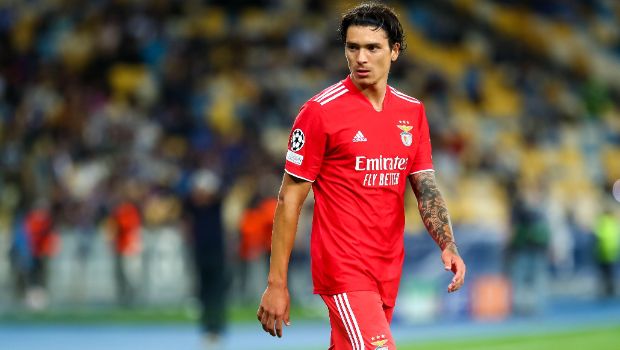 Liverpool came back from a goal down to draw 1-1 with Crystal Palace at Anfield on Monday. The Reds came into the match after starting the Premier League season with a disappointing 2-2 draw against Fulham. Jurgen Klopp’s men started the game with usual intensity and dominated the game with some aggression. The Reds played 17 shots in the first half and missed a few decent chances. Liverpool failed to find the net at least once. Despite dominating the opening half hour, Liverpool fell behind when Wilfried Zaha scored an excellent counter-attacking goal in the 32nd minute.

Zaha timed his run perfectly, moved into the area, and placed an emphatic low shot across Alisson Becker. A superb goal from Zaha to put his side up front 1-0. Things got worse for the hosts as they chased an equalizer in the second half. It was supposed to be a fairytale debut at one of the world’s most prestigious footballing grounds. However, Uruguayan striker Darwin Nunez had other plans.

The Reds’ forward was given a straight red card after he headbutted Crystal Palace’s central defender Joachin Andersen. In the 58th minute, both Nunez and Andersen got into a tussle, where the former attempted a gentle nudge of the head but missed. However, Andersen came from behind and shoved the Liverpool striker, setting him off in the process. Nunez instinctively turned around and headbutted his opponent in a violent and brisk manner.

Andersen screened his mouth with his hands and dropped to the ground. The match referee Paul Tierney went into his pocket and flashed the red card. The Reds’ senior player James Milner stepped in and escorted the inexperienced youngster out of the pitch.

Down to 10 men, Liverpool tried to mount a comeback but struggled to gain precision and penetrate the Palace defense, which was tactfully set by Patrick Vierra. However, through a magical moment of play, Luis Diaz scored a glorious goal to level the scores. A brilliant individual effort from Diaz in the 61st minute of the game.

The 25-year-old Colombian cut inside from the left, and beat multiple Palace defenders with a combination of dummies and quick feet before unleashing an unstoppable shot past Palace goalkeeper Vicente Guaita.

Zaha had an excellent chance to put the visitors back in the lead in the 78th minute, but his shot went wide off the net. Both teams were forced to settle for a draw.