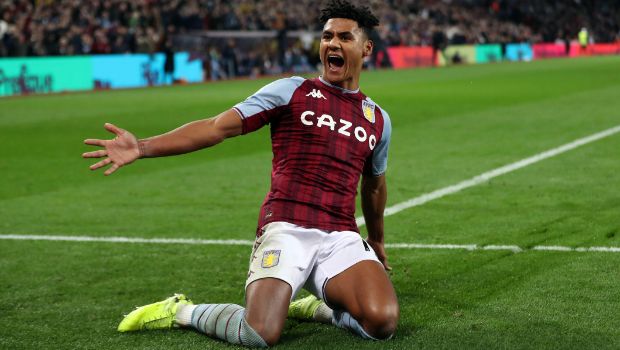 Manchester played strong and twice came from behind to beat Aston Villa 4-2 at Old Trafford in the third-round match. With a hard-fought win in the second-half thriller game, Manchester United has made it to the last 16 of the Carabao Cup. Earlier on Sunday, United was beaten 3-1 by Villa in the Premier League game, now United got some revenge by defeating Unai Emery’s side. A forgettable and turgid first half was followed by a superb action-packed second half where all goals were scored.

The visitors took a 1-0 lead through Ollie Watkins when he found the net in the 48th minute. Watkins raced to the ball and finished with a lovely lift over Martin Dubravka. Villa’s lead lasted just for a minute as Anthony Martial scored the equalizer. The French forward playing his first match in almost a month after an Achilles injury, brilliantly tapped into the net.

In the 61st minute of the game, Villa went ahead again with an own from Diogo Dalot. However, the lead was cancelled out after Marcus Rashford scored the second goal for United in the 67th minute. Rashford stayed focused, took a touch and then drilled a finish past Robin Olsen. The 25-yaer-old forward player celebrated his England World Cup call-up with his eighth goal of the season.

Both teams played hard and produced an excellent fighting performance to take the lead. This time United was successful as Bruno Fernandes scored a heavily deflected goal to put the hosts in front for the first time in the 78th minute. Villa’s goalkeeper Olsen’s clearance was extremely poor. Fernandes shot the ball towards the net that took deflection off Tyrone Mings to go past Olsen.

Scott McTominay added the fourth goal in stoppage tome. McTominay came storming in at the back post and got his studs on to it to divert a volley into the net from close range. A fantastic second half of football and Manchester United deservedly won it. Erik ten Hag’s men has kept alive their hope of winning the Carabao Cup for the first time since 2017.

Manchester United will host Burnley in the fourth round of the Carabao Cup. Manchester City have been handed a blockbuster draw against EFL Cup holders Liverpool. City’s only defeat in all competitions this was against Liverpool. But Liverpool has struggled a lot this season to secure good wins. The fourth-round ties will be played in the week commencing December 19, just days after the World Cup final in Qatar.