When time comes to score runs, they all get out: Kapil Dev’s big statement 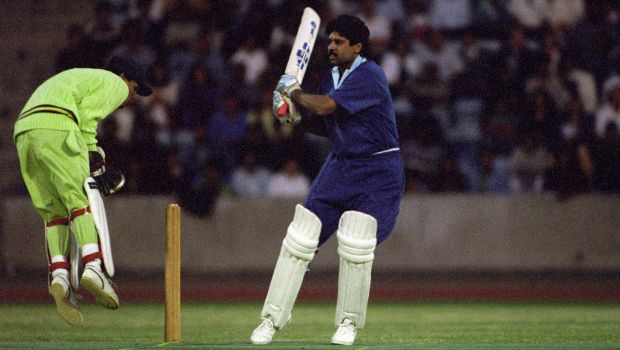 Team India already has an eye on the forthcoming T20 World Cup, set to be played later this year in Australia. It would be interesting to witness how the men in blue go in the tournament after their disastrous run in the last year’s edition. Ahead of the showpiece event, former India captain Kapil Dev has admitted that the Indian top-order in T20 batting needs to change their approach in the shortest format of the game.

Kapil Dev said that star batters Virat Kohli, Rohit Sharma, and KL Rahul have the potential to score runs at a strike rate of 150-plus, but they should decide whether they want to play the role of an anchor or striker. Kapil also slammed them for restricting themselves and often getting out while accelerating at the latter half of the innings and putting pressure on other batters.

The 1983 World-cup winning skipper expressed that if they cannot change their approach in a fast-moving game, they should be replaced by fresh faces. Kapil stated that these top three batters should play fearless cricket. Kapil said that if a batter is scoring 80 – 90 runs, then it is good enough. But if he plays 20 overs and returns back 60 not out then he is not doing justice to his team.

Kapil further added that big players need to make a big impact on the team and they must deliver great performances. India is gearing up for the five-match T20Is series against South Africa, starting on June 09. Virat Kohli and Rohit Sharma have been rested for the series.