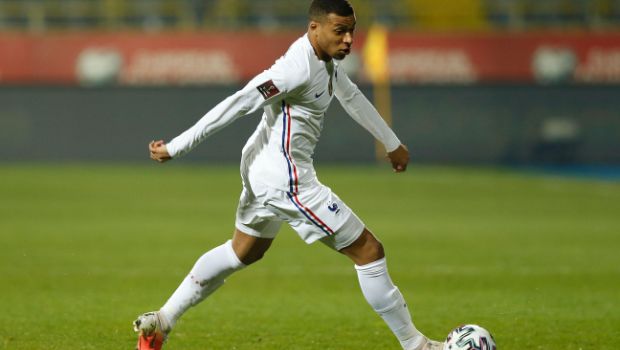 A reshuffled France team managed a 1-1 draw with Croatia in their second Nations League game at Poljud Stadium. Earlier on Saturday, defending champion France experienced a defeat at the hands of Denmark in their opening game. Considered one of the tough contenders France has earned just one point from two Nations League games after being held by Croatia in Split. World champions France, who slumped to a 2-1 home loss to Denmark, played without their star strikers Kylian Mbappe and Karim Benzema at the start as coach Didier Deschamps made 10 changes to his side.

Deschamps was back on the bench after he missed Friday’s opening fixture against Denmark following the death of his father. France went ahead and looked on course for victory when Adrien Rabiot’s cool finish gave them a 1-0 lead in the 52nd minute. The midfielder scored with ease after an empty pass from Wissam Ben Yedder. Rabiot found the back of the net with a low shot for his second international goal.

But France gifted the hosts an equalizer towards the end of the game. Andrej Kramaric held his nerve to score a fine penalty after the video assistant referee awarded him a spot-kick following a foul by Jonathan Clauss. Kramaric fired towards the right post while France goalkeeper Mike Maignan went to his left.

France will now face an uphill battle to reach next year’s UEFA Nations League finals after throwing away two leads in five days. Croatia had few chances to win the game but West Ham’s attacking midfielder Nikola Vlasic was denied by goalkeeper Maignan, who was making his competitive debut.

Midfielder Luka Sucic also had a great chance to find the net but he dragged a shot that went wide of the goal. The rhythm of the game remained unchanged throughout the entire 94 minutes of play. Fans witnessed a very slow game without many scoring opportunities.

After the match, Deschamps admitted that France’s aim is to gear up for the World Cup in Qatar. He further stated that his men delivered a reasonable performance as their opponent barely threatened them in the second half. Deschamps concluded that though the result is not a satisfying one, his side will bounce back strong in future games.

France next travels to Austria on Friday before hosting Croatia on June 14.
Denmark now tops the League A Group 1 with six points after beating Austria 2-1. Austria holds the second spot with three points.