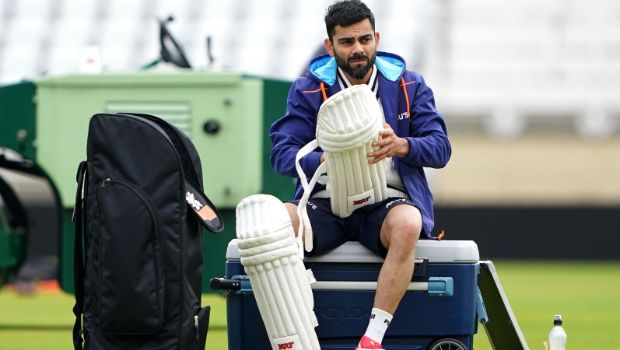 A major blow to Virat Kohli’s hopes of returning to form, he is likely to miss the first ODI of the three-match series against England due to a groin injury. India’s premier batter is said to have suffered the injury during the third T20I at Trent Bridge on Sunday. Kohli missed the optional practice on Monday ahead of the first ODI match which is scheduled to play today at the Oval.

According to sources, a medical test was conducted and it was found that Kohli has sustained mild strain. The Indian team management would not mind giving the veteran batter a break so that he is available for the next two games at Lords (July 14) and Manchester (July 17) that will conclude the tour.

A BCCI source said that it cannot be confirmed whether the injury happened during fielding or batting. However, the 33-year-old will probably miss the first ODI as the groin injury needs rest. Kohli suffered a back spasm earlier this year which caused him to miss the second Test against South Africa in Johannesburg.

With the ace batter in desperate need of runs under his belt, he will miss out on batting on a surface where he looked comfortable in the recent past. The former captain managed to score only 12-runs in two T20Is. Kohli’s place in the T20 side is being questioned repeatedly by the experts, including former greats like Kapil Dev and Virender Sehwag. But skipper Rohit Sharma has firmly backed Kohli, who performed consistently for a decade.