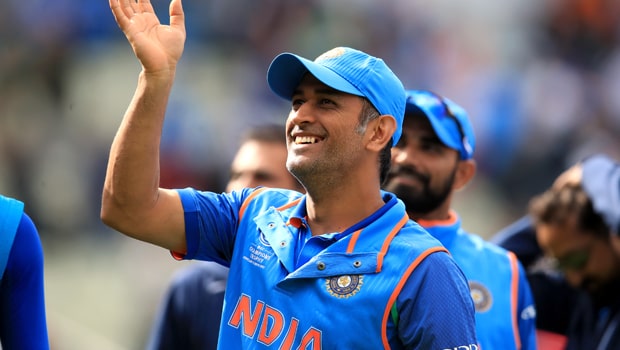 With the conclusion of the 2019 World Cup, reports about Mahendra Singh Dhoni’s retirement from international cricket have started coming up. He has given India numerous moments of joy over the years. The 2007 World T20 triumph, 50-over World Cup victory in 2011 after 28 years and the Champions Trophy triumph of 2013 are his most valuable contributions to Indian cricket. With over 15000 international runs to his name, Dhoni has also been a force to reckon with the bat over the years. However, his big-hitting and strike-rotating powers started waning since a couple of years back and it was visible during this World Cup 2019 campaign as well. Nevertheless, with him calling time on his career, it’s time to pass the baton on to the young guns who will have pretty big shoes to fill.

Let’s have a look at three such players who are capable of carrying Dhoni’s legacy forward.

Rishabh Pant: The 21-year-old has already proven that he belongs to the highest level. He already has two test centuries to his name scored in the testing conditions of England and Australia. Moreover, he was called up as a replacement for Shikhar Dhawan midway into the World Cup which concluded recently. Although he didn’t go on to score big, he showed that he has a lot of potential with a couple of breezy 40s and a well-grinded 30-odd during the tournament. His first-class record which reads 2440 runs in 32 matches at an average of 53.04 speaks volumes about his batting talent.

Sanju Samson: The 24-year-old batsman from Kerala has already made his T20I debut for India but is yet to feature in the other formats. He hasn’t been given any other opportunity after his maiden and only T20I match but Dhoni’s retirement will definitely open up the doors to the Indian team once again. Samson is one of the best young keeper-batsmen in the country right now. He has around 3000 first-class runs to his name in 53 matches at an average of 36.81. Don’t let the middling average fool you as he started out quite young and is a much better batsman now.

Ishan Kishan: Everyone is familiar with how a young Dhoni from Jharkhand took the international scene by storm 15 years ago. A similar story might be in the making as another young talent from Jharkhand, Ishan Kishan, seems to be following Dhoni’s footsteps. He is yet to make his India debut but has made quite a buzz in India’s domestic circuit. The 20-year-old averages around 40 with the bat in both first-class and List-A cricket. He has a combined tally of eight centuries in the two formats and two hundreds separately in T20s as well. Kishan is an explosive batsman and an unorthodox wicket-keeper, just like Dhoni used to be during his initial days.