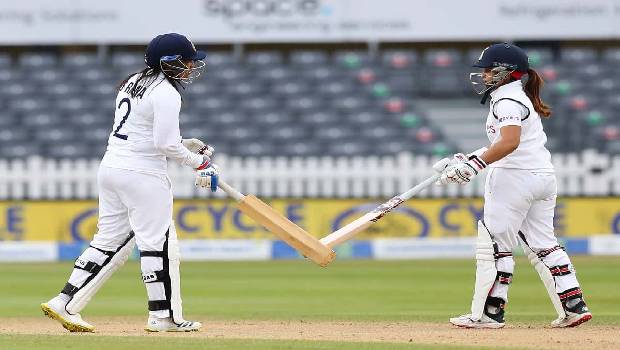 Indian women cricket team players Shafali Verma and Sneha Rana have been rewarded for their performances, as ICC has nominated their names for ICC Women’s Player-of-the-Month award for June. Batswoman Shafali and all-rounder Sneha Rana will face competition from England’s left-arm spinner Sophie Ecclestone, who has also been nominated for the honor in the women’s category.

India’s batting sensation, the 17-year-old Shafali Verma made an amazing test debut against England in Bristol. She had already impressed everyone in the shorter format of the game. Shafali scored half-centuries in both innings, hitting 96 and 63. She became the first Indian woman and fourth from any country to do so in a debut test. The teenager was awarded the player of the match for her knock.

All-rounder Sneha Rana also made her test debut against England. She played a memorable knock by scoring an unbeaten 80 and helped India to draw the test match. Sneha finished with four for 131 in the first innings, taking the important wickets of opener Tammy Beaumont and Amy Jones. She also took one for 43 in an ODI against the same side.

England’s Sophie Ecclestone was the most successful bowler in the one-off Test against India, finishing with eight for 206. She also got three wickets in each of the two ODIs which were held later in the month.