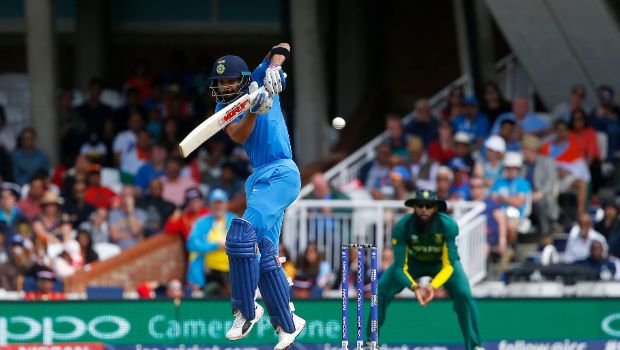 Royal Challengers Bangalore is set to take on the Gujarat Titans tonight at the Wankhede Stadium. Faf du Plessis-led side compounded its problems when Punjab Kings hammered them in their previous encounter. The loss has also taken a big toll on their net run rate. RCB must register a big victory to keep their hope alive of making the playoffs. If the Royals lose, that might bring a halt to their campaign even if they are tied on the same points with other sides due to their poor net run rate of -0.323.

On the other hand, table leaders Gujarat Titans would look to continue their winning momentum ahead of the playoffs. The Titans have had a dream opening season as they are assured of a top spot in the standings with 20 points from 13 games. Titans certainly wasted no time in flexing their strengths. Wriddhiman Saha returning to prime form has been a huge boost to the Titans.

A victory might just not be enough for RCB as their fate still does not lie in their hands with other results affecting scenarios. Some of the RCB’s key players have had an extended run of poor form and they would need to fire up all cylinders as they battle it out against a confident Titans.

As for batting is concerned, RCB has been let down by some of their star batters like Virat Kohli, Du Plessis, and Glenn Maxwell. The former Indian captain must play an impact knock to change the fortunes of RCB. The only positive thing is Dinesh Karthik’s remarkable batting in the death overs. The veteran batter has smashed 285-runs at a phenomenal strike rate of 192.56.

When it comes to the bowling unit, experienced international seamers Josh Hazlewood and Mohammed Siraj are the two major strengths of RCB. But both have had a season to forget so far. The Australian has taken thirteen wickets while Siraj has taken just eight wickets at a whopping economy rate of 9.82. These two have to come back strong to trouble the Titans’ strong batting line-up.

With the Titans’ exceptional bowling, it would be hard for RCB to either set or chase a mammoth score. The pitch at the Wankhede is batting friendly and hence chasing would be a good option for the team, winning the toss. Both sides have had contrasting forms. But Gujarat Titans have their key players in good form and this would make them the favorites to win the game.