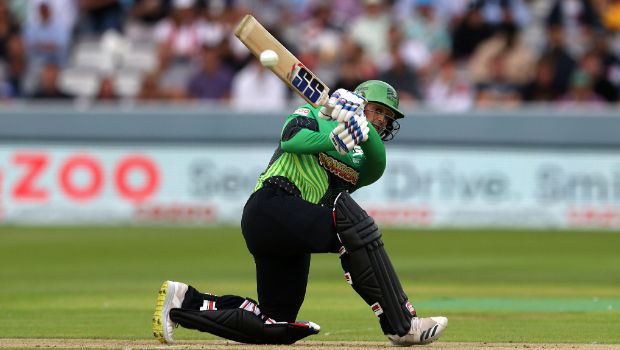 Lucknow Super Giants secured a thrilling 2-run win over Kolkata Knight Riders to become the second team to qualify for the IPL 2022 playoffs. The defeat has knocked KKR out of the playoff contention. Chasing a massive target of 211, Shreyas Iyer (50) and Rinku Singh (40) played brilliant knocks to keep their side in the hunt till the final delivery, but in the end, they were 2-runs short.

Batting first, the opening duo of LSG Quinton de Kock and KL Rahul looked in supreme form as they shared a record-breaking 210-run opening wicket partnership in IPL. De Kock smashed the highest individual score of the ongoing season with an unbeaten 140 off 70 balls. Skipper KL Rahul contributed a calculated 68-runs off 51-balls.

It was a forgettable night for KKR bowlers who failed to take a wicket as the opening duo shared the highest ever partnership and powered LSG to a challenging 210/0 in 20 overs.

KKR was dealt with early blows in the run-chase as Mohsin Khan dismissed Venkatesh Iyer (0) and debutant Abhijeet Tomar (4) cheaply. But Nitish Rana counter-attacked by hitting continuous boundaries before Krishnappa Gowtham bagged him on 42. Iyer and Sam Billings (36) added 66-runs to keep the chase on.

LSG took regular wickets to slow down the scoring rate. However, Rinku and Sunil Narine (21) played a blinder to add 58-runs in just 18-balls. Evin Lewis took a stunning one-handed catch to dismiss Rinku, which shifted the momentum towards LSG. Marcus Stoinis took two wickets in the final over to secure the win.