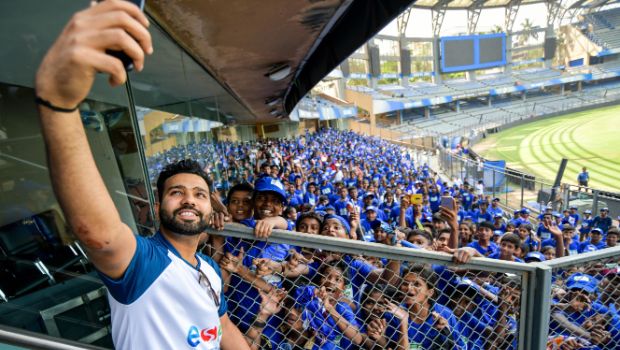 After Virat Kohli’s record-breaking unbeaten 122 with a strike rate of 200 against Afghanistan in the Asia Cup, many cricketing experts expressed that Kohli should open the batting permanently for India. But ahead of the T20I home series against Australia, India skipper Rohit Sharma confirmed that the talismanic batter will be the third opener in the side. Rohit also hinted that Kohli might open the batting in a few matches as men in blue begin their final leg of preparations for the T20 World Cup.

Rohit admitted Kohli’s innings against Afghanistan proved that he is ready to bat in any situation, but that does not mean the Indian think tank will disregard the truckload of runs KL Rahul has scored over the years while opening the batting. The Indian captain said KL Rahul will open the batting in the T20 World Cup, and his performance sometimes goes unnoticed.

Rohit also highlighted Kohli’s success while opening the batting for Royal Challengers Bangalore in the IPL and said he is a ‘definite option’. Rohit concluded that it is always nice to have options available, which brings flexibility to the team. India will lock horns with Australia in the series opener tomorrow at 7:30 pm at Punjab Cricket Association Stadium.