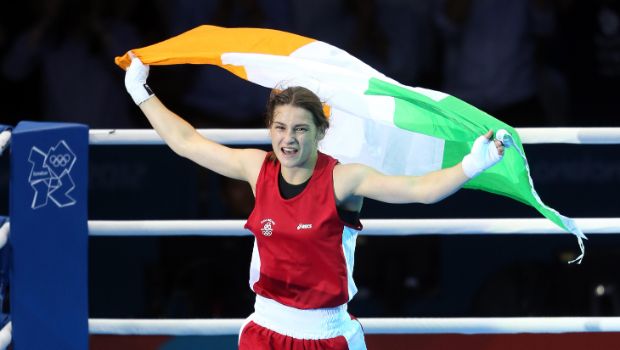 Katie Taylor will defend her undisputed world lightweight championship against unbeaten Karen Elizabeth Carabajal of Argentina at Wembley’s OVO Arena on October 29. The Irish boxer Katie Taylor, who edged out Amanda Serrano in a thriller on points in the first women’s contest to headline Madison Square Garden in April, will put her WBC, WBA, IBF, and WBO titles on the line. The bout is set to take place six months after Taylor made her record to 21-0 with a sensational split-decision win over Puerto Rican boxer Serrano. October’s fight will be the undefeated Carbajal’s first one outside her home country of Argentina.

The 36-year-old Irish fighter will instead return to the venue where she made her debut in the paid ranks in November 2016 to take on an opponent who has not fought outside her native. she defeated Miriam Gutierrez in the same venue during the lockdown in late 2020. It will be exciting and thrilling to witness as two top-ranked boxers will make the battle really a tough one.

Belfast’s Caoimhin Agyarko will meet American Peter Dobson on the undercard. It will be Agyarko’s maiden defense of the WBA international super-welterweight belt that he captured against Lukasz Maciec in July.

Katie Taylor said it is hard to believe that it’s been almost six years since she made her pro debut there so it is great to go back now and headline the event. The Irish boxer stated that it’s been an amazing journey so far but there are still lots of great fights out there for her and she is very much excited about what is still to come.

The 32-year-old Carabajal, who is promoted by former two-weight world champion Marcos Maidana, has won all 19 fights since turning into a professional boxer in 2013. Carabajal admitted that she felt very happy when she received the offer to challenge Katie. Carabajal is four years younger than Taylor. The Argentine fighter expressed that her hard work has paid off and she is not thinking for a second about giving Katie a win. She concluded that all the belts will come back to Argentina with her.

Taylor knew everything she possibly could about Serrano going into the contest, having prepared for the bout twice before both those scheduled fights fell through. But Carabajal will be a very different challenge for Taylor as only a little is known about the Argentinian.