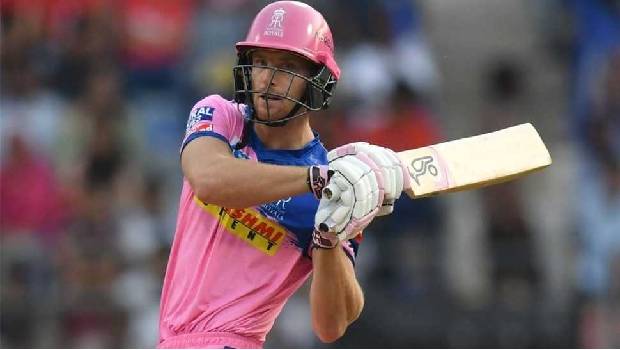 Rajasthan Royals defeated Chennai Super Kings comfortably by 7 wickets in yesterday’s game in Abu Dhabi. With this defeat, the path for Dhoni’s team to reach the playoffs has become difficult. Now CSK will have to depend on the results of the other team along with winning the remaining 4 matches in order to progress to the playoffs. Chennai gave Rajasthan a target of 126 runs. Rajasthan achieved this target by scoring it in 17.3 overs for the loss of 3 wickets.

Jose Butler with his 70 runs scored the highest for Rajasthan. He hit 7 fours and 2 sixes while captain Steve Smith scored 26 off 34 balls. Both batsmen shared an unbeaten 98 runs partnership. Ben Stokes 19, Robin Uthappa 4 and Sanju Samson were out for zero. For Chennai, Deepak Chahar took 2 and Jose Hazlewood took one wicket. MS Dhoni created history, becoming the first player to play 200 matches in the league.