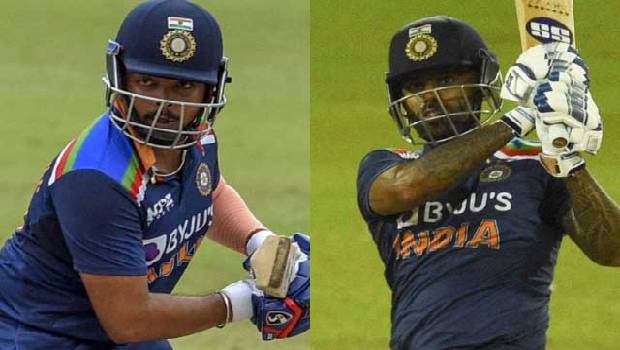 The All-India Senior Selection Committee has called up Prithvi Shaw and Suryakumar Yadav as replacements for the Indian test team. The trio of Shubman Gill, Washington Sundar, and Avesh Khan have been ruled out due to injuries.

Indian opening batsman Prithvi Shaw and Middle-order batsman Suryakumar Yadav will join the Indian squad in England to play the five-match test series. Both the batsmen are in terrific form and performed extremely well with their batting skills in the ongoing Sri Lankan series.

Washington Sundar got a huge blow on his right hand which injured his bowling finger. Experts have said that his recovery will take a longer time and he is not fit bowl. Avesh Khan suffered a blow to his left thumb. Later he was taken for an X-ray and the result confirmed a fracture.

Indian wicket-keeper batsman Rishabh Pant has cleared the RT-PCR tests after recovering from COVID-19 and will play the test series. Pant has started his training after a clearance from BCCI medical team. Another wicketkeeper-batsman Wriddhiman Saha has completed his self-isolation period and has joined the Indian team in Durham. The five-match Test series will begin on 4th August at Trent Bridge in Nottingham.