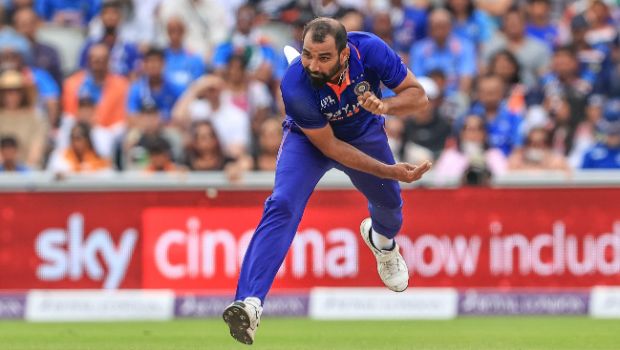 It is time for the T20 World Cup countdown. After winning the T20I series against Australia, Team India will cross swords with South Africa in a three-match T20I series starting today. Team India’s lot of focus will be on their death bowling. Men in blue will be looking to round off their T20 World Cup preparation with the desired improvement in their death bowling. India skipper Rohit Sharma recently admitted that death bowling is the only area that requires improvement.

Rohit Sharma-led side will face off against Temba Bavuma’s side in the first T20I of the three-match series at Trivandrum. However, the Men in Blue will be without the services of some key players.

Mohammed Shami, who had been included in the South Africa T20I series still has not recovered from Covid. So, the senior wicket-taking pacer has been ruled out of the entire T20I series. Similarly, all-rounder Deepak Hooda, who recently suffered back spasms ahead of the series decider against the Aussies has also been ruled out of the Proteas assignment.

Umesh Yadav will continue to be Shami’s replacement, while top-order batter Shreyas Iyer is likely to replace Hooda. But fans have to wait and watch whether Umesh will be included in the playing XI. Shahbaz Ahmed is also likely to be added to the Indian roster since Hardik Pandya has been rested for the three T20Is.

A senior BCCI source told that Shami has not recovered from his bout with COVID-19. He needs more time, and hence, will be out of the South Africa series. However, when asked why Shahbaz has been picked in place of Pandya, the source said that there is no other seam bowling all-rounder to replace him. The source also added that Raj Bawa is too raw and that is why he has been in India A for exposure. The 19-year-old teenager still needs time to blossom.

With Hooda also out of the series, the selectors may have thought that a batting all-rounder would help serve the purpose. The 27-year-old Shahbaz is more of a batting all-rounder, who is a handy left-arm spinner. But the spin department is taken care of by Yuzvendra Chahal and Axar Patel. He is there in the 15-member squad just as a back-up in case, Axar needs to be rested for a match with six T20I games in 10 days. The team management might bring back Rishabh Pant and roll the dice with five bowlers.