Sangakkara says Indian team is not dependent on Kohli 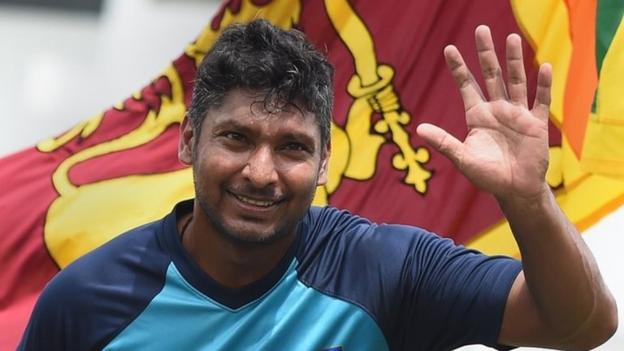 London: Former Sri Lankan captain Kumar Sangakkara believes it is wrong to say that Indian cricket team is more dependent on Captain Virat Kohli. He blamed the lack of preparation for the team’s poor performance in the first two test matches in England. England won the first two matches played in Birmingham and Lords in the five-Test series, but the big problem for the Indian team is that only Kohli has been able to score runs. Sangakkara said, “It is almost unfair for other batsmen because we have seen Virat bat like this for the last few years. It’s incredible and it’s an incredible player, but the other players of the team are also fantastic. ”

He said, “Pujara and Rahane are also good batsmen. Pujara has 50 in Test cricket, Rahane is also an average of 50 overseas”. There are Lokesh  and Rahul in the team, who are in the form, they play very well. Murali Vijay, Shikhar Dhawan and Dinesh Karthik cannot be called deficient. “Before the Test series, the Indian team played only one practice match, which was also a dispute after three days. Sangakkara believes that India has had to suffer from the low level of practice. He said, “The team has fought here, one of which may be due to lack of preparedness. So they really need to work hard because you can not prepare while playing in Test matches. You need to increase your confidence by finding the break of England bowlers during practice matches and training. “Sangakkara said,” England’s bowlers have taken advantage of the sub-continent’s weakness, which has more questions than answers for Indian players Standing. ”