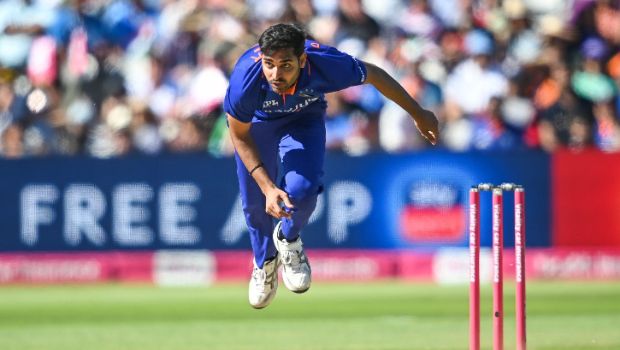 Indian pace attack has been struggling to trouble the opponent batters in the death overs. Senior pacer Bhuvneshwar Kumar and Harshal Patel have failed to impress all as both conceded more runs towards the end in the recently concluded T20I series against Australia. In a press conference, India skipper Rohit Sharma admitted that both seamers are important players in the playing XI. Rohit explained that Harshal missed cricket for two months and coming back after an injury is never easy.

Rohit said it is not easy for a bowler to make a good comeback immediately after returning from an injury. Rohit stated that Harshal, who has bowled some tough overs in the past, is trying to rectify his mistakes. India’s captain added that the right-handed pacer is working hard on his bowling and is not too far from his best.

Rohit expressed that the team management must give Bhuvneshwar some pace. Indian skipper further added that it is not easy to bowl at the death and this can happen to any bowler. In the past, Bhuvneshwar has had more good days than bad days.

Rohit said the coaching staff has been working on some plans, and hopefully, the team management will give the experienced pacer more options to bowl in the death so that he will become as good as he was before. Rohit concluded that Bhuvneshwar is not short of confidence and a few bad games do not change the fact or the kind of quality he possesses as a bowler.