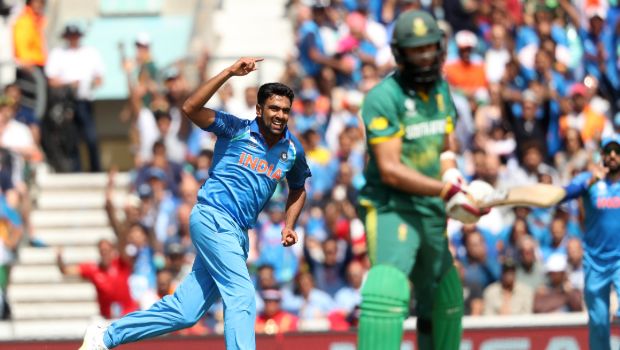 Three senior-most Indian cricketers will have a chance of achieving some incredible feats during the Test series against South Africa. India had registered just three wins in six tours. Men in Blue will look to script history by winning their first Test series in the Rainbow nation. There are few records that Indian players Virat Kohli, Ravichandran Ashwin, and Mohammed Shami can break during the Proteas Test series.

Virat Kohli is just three matches short of playing 100 Test matches for India. If Kohli does not suffer any injury, he will reach the milestone of playing his 100th Test match for India. Kohli will become the only 12th Indian player to join the elite list of legendary players. Another impressive record that the Indian skipper would aim is the completion of 8000 test runs.

With 7801 runs, Kohli is just 199 runs away and six innings would be a lot of time for the run machine to get there. Ashwin is just 8 wickets short of becoming 2nd highest wicket-taker for India in Tests. With 427 wickets in 81 Tests, the veteran off-spinner would surpass all-time great Kapil Dev (434), if he manages to bag 8 wickets in three matches.

Indian senior pacer Shami is just 5 scalps away from his 200th wicket in Tests. Shami has scalped 195 wickets in 54 Tests at an average of 27.56. If Shami reaches the tally of 200 Test wickets during the South Africa series, he will become the 11th Indian bowler to reach the milestone. Shami would become the 5th Indian pacer to get there, after Kapil, Zaheer, Ishant, and Javagal Srinath.

India in England: Cheteshwar Pujara and I are not concerned about criticism, says Ajinkya Rahane
CWC2019: Bumrah sets himself up for the World Cup after a successful Indian T20 League
Ben Stokes and Sam Curran’s brilliance helped England to beat Pakistan and lift the T20 World Cup tr...