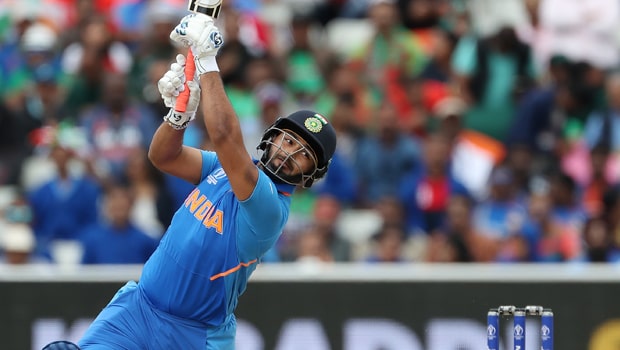 People have various opinions about Rishabh Pant. Some think that he is a bit raw to play at the highest level right now whereas others think that he is absolutely ready to make his presence felt among the other big names.

He was one of the probable names for India’s World Cup squad this year but the Indian selectors had opted to go with the experienced Dinesh Karthik ahead of him. Pant was named as a standby though. And when he was called up midway into the World Cup as a replacement for an injured Shikhar Dhawan, it was him who got the opportunity to play in the tournament ahead of Karthik.

Shikhar Dhawan’s departure from the tournament meant KL Rahul had to be promoted to the top of the order. India couldn’t have gone on with someone like Dhoni and Jadhav in the middle-order as they take time to settle down. They would have obviously done a good job if the top order had failed but at the same time, they would have killed the momentum in case the top order had given the team a solid base to build on. That’s why Pant was called up and given a start straightaway into the crucial encounter against England. His role was to maintain the momentum of their innings after the top-order had done their job. In other words, Pant’s big-hitting abilities were the need of the hour as India lacked an aggressor in their middle-order.

Although India ultimately went on to lose that match against England, Pant’s 29-ball knock of 32, on a wicket that was slowing down, showed his ability to score even on difficult wickets. This was an aspect of his game that had always been doubted. Most people were of the opinion that he doesn’t have the technique to score runs on such decks. Yes, the runs he scored in that match didn’t seem like a substantial figure but it was actually a lot if we consider how other batsmen like MS Dhoni and Kedar Jadhav struggled to score on the same deck.

He has played two matches so far in the tournament, including the match against England, and has done a fairly good job on both occasions. He played a good knock of 48 off just 41 deliveries once again in the next match against Bangladesh. The top-three had set a good base of 195 runs and he just carried on and maintained the same intensity during the innings, and that too, on a deck that was slowing down once again.

So while people go on complaining about how the 21-year-old has thrown away starts on both occasions, it is also necessary to consider that he did what the team required and had asked for in both matches. The way he got dismissed in both of those innings, while trying to go for big shots, suggests that he doesn’t care about individual milestones at all. He could have easily managed a couple of singles to bring up his fifty against Bangladesh. However, he chose to use the long handle even at that point of time in order to accelerate the scoring. He did get dismissed but his positive intent is what matters the most.

India have now qualified for the semi-finals, and he will have a big role to play in determining India’s fortunes. In fact, he can turn out to be quite a tough customer to handle for the bowlers if fresh decks are provided for the knockout matches.