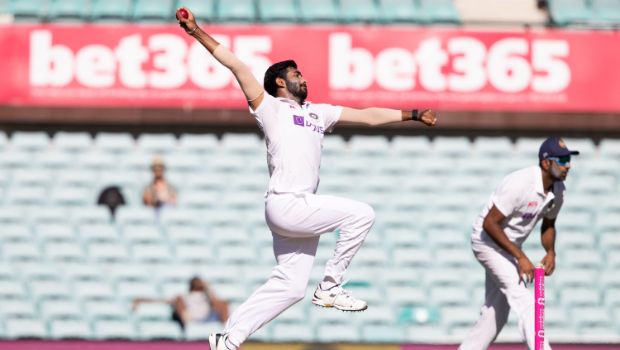 The Board of Control for Cricket in India confirmed that Jasprit Bumrah will lead Team India in the rescheduled one-off Test match against England, which begins today. Bumrah will captain the Indian team for the first time as regular skipper Rohit Sharma has failed to recover from COVID-19. The premier pace will be the 36th cricketer to lead India in the longest format of the game since 1932. Meanwhile, Rishabh Pant will be his deputy for the series decider.

The BCCI stated in a media release that Mr. Rohit Sharma, Captain, Indian Cricket Team is ruled out of the rescheduled fifth Test against England to be played from Friday. Rohit underwent a RAT Test on Thursday morning and returned a positive result for COVID-19.

Bumrah has become the first fast bowler after Kapil Dev to lead the Indian team in Test cricket. Fast bowlers in the Indian context have never been considered worthy of leadership contention. Kapil Dev, a world-class all-rounder, was more of a fast-medium bowler in his prime.
Two fine seamers in Indian bowling, Javagal Srinath and Zaheer Khan were never even considered for vice-captaincy during their days. And hence, it took 35 years for India to have another pacer as captain.

Jasprit Bumrah has become the seventh skipper to lead team India in as many as the last nine months. With Rohit out of the contest, it will be interesting to see who opens the batting alongside Shubman Gill. India’s playing XI still remains a topic for discussion.

India went down by 49 runs in the final T20I, won the series 2-1
RCB Beat Chennai Super Kings In A Thriller
SRH get their third-biggest win in the tournament's history against KXIP