A look at India’s opponents in ICC World Cup 2019: Afghanistan 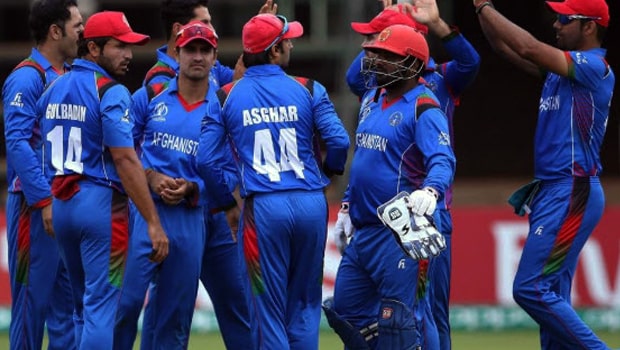 Afghanistan has won many hearts just within a decade of its arrival into the international scene. They have grown from strength to strength as a team over the years. Although this will be their second World Cup outing, this is going to be the first time that they are participating as a full member Test playing nation. Let’s have a look at how they fare as a team and in their match against India.

Team Overview: This is a young team with a lot of potential and talent. They beat the Windies in the World Cup Qualifiers of 2018 to qualify for this mega event in England. Their batting unit is improving everyday with the addition of talented young players like Hazratullah Zazai and Rahmat Shah. They have some decent pacers too but the spin department is the strongest which can put any team under pressure.

The likes of Mohammad Nabi, Rashid Khan and Mujeeb Ur Rahman can dismantle any team on their day. The pace unit comprising of players like Dawlat Zadran, Hamid Hasan and Aftab Alam looks promising as well. Both Zadran and Hasan have experience of playing in the World Cup of 2015. Mohammad Nabi and Mohammad Shahzad were a part of that squad too and they will bring a lot of experience to the side.

Skipper Gulbadin Naib offers great all-round value with both bat and ball whereas former skipper Asghar Afghan is one of the mainstays of their batting order. Their openers Mohammad Shahzad and Hazratullah Zazai form an explosive opening partnership but it remains to be seen how Zazai would fare in his first ever World Cup outing. A lot will depend on the young Rahmat Shah too. He has been Afghanistan’s best batsman for the past couple of years and has four ODI centuries to his name as well. So, he will need to step up to the occasion.

Threats to India: The spin trio of Rashid Khan, Mohammad Nabi and Mujeeb Ur Rahman. They are very good spinners in limited overs cricket but even then they would require a miracle to come out on top of the Indian batsmen who are traditionally considered to be good players of spin.

Predicted outcome: Although Afghanistan promise a lot as a team, India will be the toughest nut to crack for them this World Cup. They still need to grow a lot in order to come up with competitive performances against the top tier teams but this encounter against India will surely be a good learning experience for them.