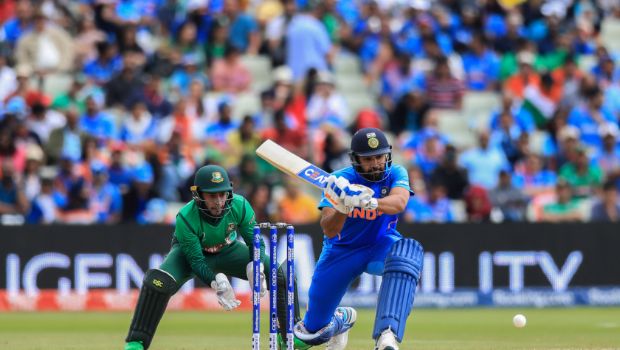 Mumbai Indians will square off against Punjab Kings in the 23rd Match of TATA IPL 2022. An epic and mouth-watering contest will kick off today at 7:30 pm at the MCA Stadium in Pune. Five-time IPL champions, Mumbai Indians have not yet opened their account in this season as they have faced four defeats in four games. Though MI’s batting looks strong, their bowling has suffered a lot already.

Even the inclusion of Ramandeep Singh and Jaydev Unadkat was not that effective in the results of the last game as well. MI skipper Rohit Sharma will have to come-up with some new plans for the battle against Punjab Kings.

On the other hand, Punjab Kings have won two and lost two games so far. Kings have had a mixed tournament as their batting and bowling departments had clicked in alternate games. Rahul Tewatia stunned Punjab Kings with a stunning finish in the final over. However, Liam Livingstone has been a big positive for Punjab Kings and he is likely to do a lot more damage in the upcoming fixtures.

As an opener, Rohit Sharma must lead his team from front to make a comeback. Rohit has played a couple of decent knocks, but he is due for a big score. Suryakumar Yadav has made a superb start to this season with scores of 68 and 52 runs. However, he has not played well against PBKS in the past, and averages only 20.08, his lowest against all IPL teams.

Though MI manages to post a decent total, it is their bowling that is hurting them a lot. Even MI’s frontline pacer Jasprit Bumrah had failed to deliver well when needed. So, MI has to improvise and bowl as per plans to stay in the contest.

Punjab Kings also has good depth in their batting line-up, but bowling is their big concern. PBKS’ bowlers fail to deliver well under pressure. Kings’ speedster Kagiso Rabada is yet to unlock his best with the ball, but has been giving breakthroughs at the right times. Rabada remains the trump card as his extra pace would be effective against the Mumbai Indians batting line-up.

The surface at the MCA Stadium helps batters initially but also assists spinners as the game progresses. The team batting second has great records here, so captain winning the toss will have no hesitations in bowling first. Considering the team combination and recent form, Punjab Kings seems to be the favorites to win this match.