A look at India’s opponents in ICC World Cup 2019: Australia 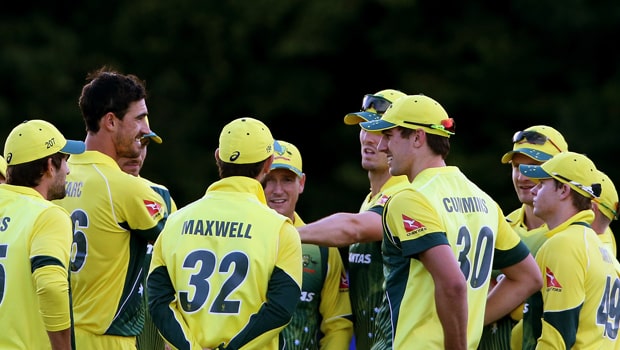 India will be up against Australia in their second encounter of ICC World Cup 2019. Australia have always been a force to reckon for India in ICC events. They have had the upper hand over India on most occasions, except when they lost to India in the quarter-final of 2011. Now, let’s have a look at how they stack up as a team against India this time.

Team Overview: Australia is a well-rounded team in all departments. The return of their premier batsmen, Steve Smith and David Warner, has only made the team stronger. Batsmen like Usman Khawaja and Shaun Marsh have been in terrific form in ODIs of late. Skipper Aaron Finch will be a dangerous batsman to contain on the flat pitches of England as well.

As far as the bowling department is concerned, they have quality pacers like Mitchell Starc and Jason Behrendorff, who can swing the ball up front, and death overs specialists in Nathan Coulter-Nile and Jhye Richardson.

The presence of two of the best all-rounders in the World at the moment, Glenn Maxwell and Marcus Stoinis, gives them an edge over other teams. The only chink in their armour though is the lack of quality spinners. Nathan Lyon is not the same force in ODIs as he is in Tests. Only Adam Zampa is their strike-weapon in the spin department. However, their pacers make up for that void and Zampa produces his best more often than not. Even Maxwell is capable of delivering a handful number of overs of off-spin as well.

Major threats for India: Literally everything! They won the ODI series against India recently and that summed up the strength of their squad. India will find Australia a tough nut to crack. Even batsmen like Usman Khawaja and Shaun Marsh were highly successful against them in that series. And now, the return of Smith and Warner is bound to increase their troubles even more. The new ball pair of Starc and Behrendorff will prove to be tough to handle for India’s top order, who are susceptible to swing and pace.

Predicted Outcome: India will find them tough to beat, probably the toughest side after England. Australia have the ability to nullify all of India’s strengths and come out on top. So, they have a high chance of winning against India in this match.