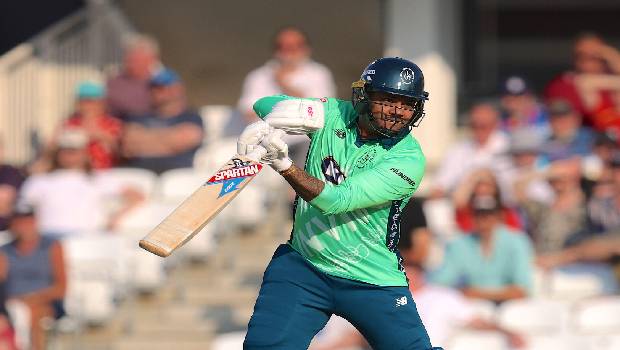 Kolkata Knight Riders defeated Mumbai Indians by 7 wickets at Sheikh Zayed Stadium on Thursday. KKR recorded a dominating victory over the defending champions. Venkatesh Iyer and Rahul Tripathi brought up 100 runs inside 10 overs and ensured a comfortable win. KKR had a poor win record against MI; they had won just six in a total of 28 matches. But Iyer and Tripathi helped their team to turn around the fortunes. While Tripathi remained unbeaten on 74, Iyer (53) scored his maiden IPL fifty.

Mumbai Indians had a good start after being put in to bat first. Sunil Narine gave the much-needed breakthrough in the 10th over by dismissing Rohit Sharma for 33. Prasid Krishna scalped the important wicket of de Kock, who top-scored with 55 runs. KKR bowlers bowled well and continued to take wickets at regular intervals. KKR did well to restrict Mumbai Indians for 155/6 in 20 overs.

Chasing a target of 156, KKR openers Shubman Gill and Venkatesh Iyer gave a flying start by scoring 40 runs inside three overs. Jasprit Bumrah cleaned bowled Gill in the final ball of the third over. Tripathi joined hands with Iyer and fired to score quick runs. Both played powerful shots and sent the ball over the boundary ropes frequently.

Bumrah dismissed Iyer and Eoin Morgan in the latter part of the innings, which did not make any impact on the chase. Nitish Rana finished off KKR’s chase with a boundary in the 16th over. KKR has moved to the fourth spot in the points table after a dominating victory. Mumbai Indians have slipped to the fifth position after two consecutive losses.