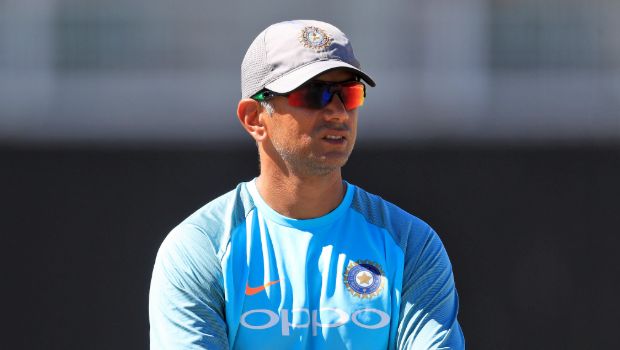 Rahul Dravid has completed 100 days as head coach of the Indian cricket team. Captaincy controversies, Test series defeat in South Africa, and winning the white-ball home series against the Windies, it has been a roller-coaster ride for Dravid. The former captain is keen on preparing a talented pool that performs well in the T20 World Cup in Australia later this year. Dravid admitted that flexibility will hold the key to winning the T20 World Cup.

Indian former captain informed that batting positions would be determined by situations and not set ideas. Dravid admitted that his team wants to improve in the middle-order. Especially while batting first, there should be flexibility so that the right batter plays to take down a particular bowler.

Venkatesh Iyer is one such player who has adapted well to the head coach’s idea of flexibility. Iyer usually opens the batting, but he has been asked to bat at no.6. And he has delivered well by scoring good runs. Even Rohit Sharma batted down the order when Ruturaj Gaikwad played as the opener in the third T20I.
Dravid is more inclined to give more game time for few players. Dravid concluded that the team wants to have youngsters who have played 10 to 15 games before going into the World Cup.