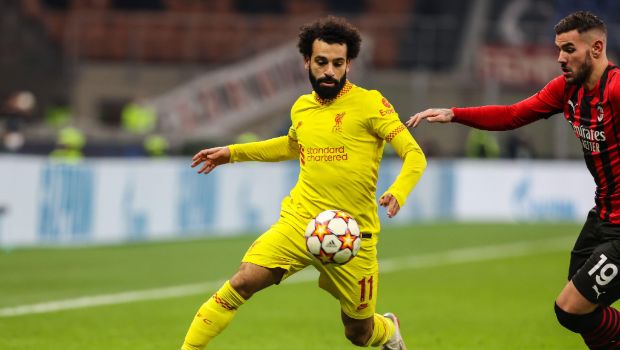 Liverpool displayed a dominant show to thrash Leeds United 6-0 at Anfield. Liverpool piled the pressure on at the top of the table with a remarkable victory over Leeds United. The Reds’ strikers easily swept past the ludicrously exposed Leeds goalkeeper, Illan Meslier. The Egyptian star Mohamed Salah and Senegalese winger Sadio Mane netted twice, while the Reds’ center-backs Joel Matip and Virgil Van Dijk scored one goal each.

An enthralling victory has helped the Reds to cut their deficit to just three points to Premier League leaders Manchester City. Many exciting and surprising things can happen with 12 games to go. The match result made it even worse for Marcelo Bielsa’s side, as they sit just three points above the relegation zone.
The hosts took an early lead on the 15th minute of the game when Start Dallas was whistled for a handball. The match referee Michael Oliver had no hesitation in awarding a spot-kick and Salah calmly scored the goal by sending Meslier the wrong way. Leeds thought they had leveled from a superb

Matip doubled Liverpool’s lead on the half-hour mark. Salah made an elegant pass between the legs of Firpo for the Reds’ central defender and he tapped in his first goal of the season. The Reds kept on attacking and delivered an all-round relentless performance. Liverpool proved to be superior with 86 percent pass accuracy. The Reds played 15 shots on target while Leeds made just two.

The referee awarded the second penalty for Liverpool after VAR confirmed Mane was tripped in by Luke Ayling inside the area. Salah took the spot-kick, this time Meslier went the right way but the ball flew over him into the net. The Reds went into the break with a 3-0 lead.

The Reds continued to put non-stop pressure on Leeds’s defense and scored their fourth in style. Salah played a superb pass to Jordan Henderson, who made a deft cross to Mane. Mane finished it emphatically by finding the net. Ten minutes later, Mane scored his second goal of the night when the rebound fell at his feet after Meslier saved Divock’s attempt. Van Dijk powered a fine header from Robertson’s corner to finish the score-line.

This win has boosted up the Reds and put them in the perfect mindset before the League Cup final. Liverpool will be up against Chelsea on the big final at Wembley Stadium on Sunday.

King’s Cup 2019: Five talking points after India’s loss to Curacao
Messi to stay at Barcelona for another season
Joey Barton eager to focus on future with Burnley