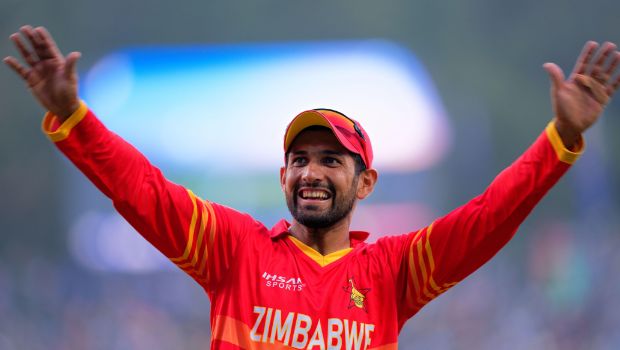 India defeated Zimbabwe by 13 runs in the final ODI to complete a 3-0 series weep. Chasing a target of 290-runs, Sikandar Raza’s lion-hearted effort took Zimbabwe close to a stunning win. But Indian bowlers held their nerves to pull off a thrilling win at Harare Sports Club. Raza played a masterful inning of 115-runs off 95-balls.

Batting first, Shikhar Dhawan and KL Rahul gave a steady start to their side. Brad Evans cleaned up India skipper Rahul (30) to give the initial breakthrough. He then dismissed Dhawan on 40 to put the visitors in some trouble. But Shubman Gill and Ishan Kishan batted brilliantly and added 140-runs for the third wicket.

Kishan went back after scoring a half-century. Though India kept losing regular wickets, Gill played a blistering inning to bring up his maiden ODI century. Gill’s splendid knock of 130-runs took India to 289/8 in 50 overs. Evans starred for the hosts with a five-wicket haul.

In response, Zimbabwe lost an early wicket as Deepak Chahar trapped Innocent Kaia LBW in the third over. Takudzwanashe Kaitano (13) and Sean Williams (45) showed some resistance and added 75-runs for the second wicket. India took regular wickets to put the hosts on the back foot.

But Raza took the game away from India by playing a superb knock. He put up a 104-run partnership off just 79 balls for the eighth wicket with Brad Evans, who scored 28. However, Raza fell to a brilliant catch by Gill in the penultimate over, as India scraped through.

Records that Kohli can create during the final Test match at Ahmedabad against England
ROHIT SHARMA GAINS A SALUTE FROM THE WEST INDIES BOWLER
Shami sitting at home baffles me, Ravi Shastri after India’s loss against Sri Lanka