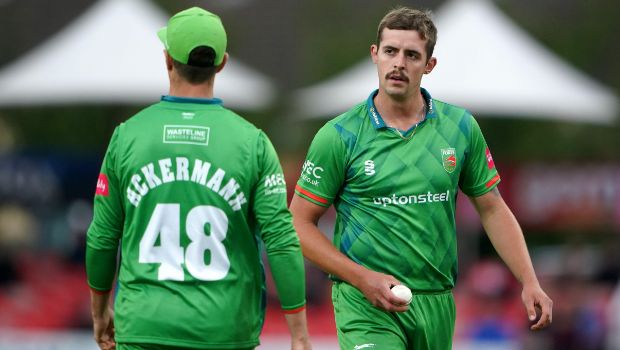 Team India started its preparation for the one-off Test against England with a four-day warm-up match against Leicestershire at Grace Road. The rain forced early stumps on Day 1 as the Indian top-order batters failed to perform well. Wicket-keeper batter KS Bharat lived up to the expectations and fought a lone battle against the Leicestershire bowlers. Bharat impressed all with an unbeaten 70-runs off 111-ball and helped India to reach 246/8 against Leicestershire at the Uptonsteel Cricket Ground.

After opting to bat first, India’s opening duo Shubman Gill and Rohit Sharma gave their side a decent start by adding 35-runs. Will David gave the initial breakthrough by dismissing Gill for 21. Indian skipper Rohit Sharma’s lean patch continued as he once failed to convert a start into a big score. Roman Walker trapped him LBW as Rohit departed on 25.

Hanuma Vihari was dismissed for just 3 while Shreyas Iyer went back for a duck. Ravindra Jadeja who looked with a positive intent lost his wicket to Walker after scoring a quick 13-runs. All eyes were on Virat Kohli as he had a huge responsibility to revive India’s innings.

Kohli and Bharat added 57-runs for the sixth wicket before Walker got the better of Kohli on 33. However, Bharat played fluent innings and remained unbeaten during his 158-minute stay in the middle. Mohammed Shami gave good company to Bharat by scoring 18-runs.