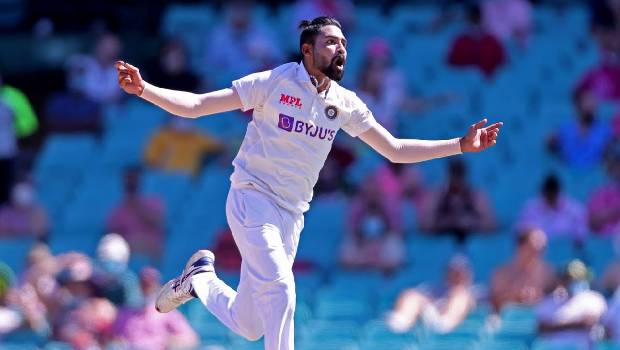 India Crushed England by 151 runs in the second Test at Lord’s and take a 1-0 lead in the five-match series. Chasing a target of 272, India bowled out for 120 in the last two sessions. Mohammed Shiraj led the Indian bowling attack by picking up four wickets while Jasprit Bumrah took three.

Indian Pacers Mohammed Shami and Jasprit Bumrah starred with both bat and ball. Both the tail-enders batted bravely for an unbeaten 89 – run partnership, the highest 9th wicket stand for India in tests. Shami (56 runs) scored his second Test half-century while Bumrah Contributed 34 runs. India declared the second innings for 298/8.

Indian Seamers Jasprit Bumrah and Shami shocked England by removing the openers Rony Burns and Dom Sibley for a duck. For the first time in 141 years of test Cricket in England, both home openers went out for a duck.

Ishant Sharma removed both Haseeb Hameed and Bairstow with IBW. Earlier Hameed was dropped as the slips. England Captain Joe Root top-scored 33 before edging it to Kohli at first slip.

Mohammed Shiraj struck twice in successive balls and reduced England to 5/67. He scalped Sam Curran for a golden duck. The only hope of England Jos Buttler was Caught behind by Rishabh Pant for 25-run. Shiraj finished off the things for India by removing James Anderson for a duck. KL Rahul was named as the player of the match for his century in the first innings.