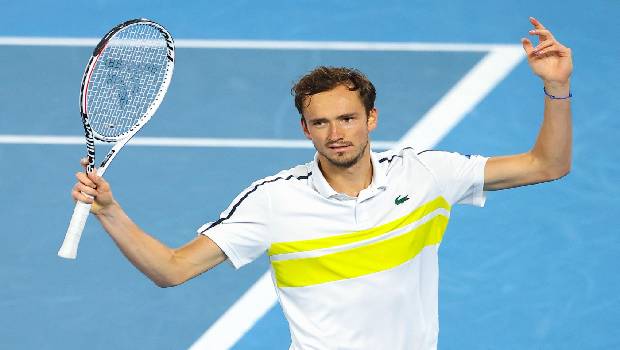 Medvedev clinched his third victory of the year. Medvedev became the first Russian to win a trophy in Canada after 21 years. The first to do so was Marat Safin. Daniil Medvedev ranked second in the world had won earlier this year in Mallorca and Marseille. Medvedev has won four ATP Master’s 1000 victories.

The Russian took 1 hour and 25 minutes to beat the six-foot 11 inches American in Toronto. Medvedev had no problems in facing the big-serving Opalka. He limited Opelka to eight aces and broke him thrice while saving all four break points he faced. He broke Opelka’s serve once in the opening set and twice in the second set to secure the victory. Medvedev won 73% of his service points. Medvedev was helped by 34 errors from Reilly Opelka and as a result, he went on to win the game.
Medvedev played his fifth final at the Masters 1000 level. Medvedev will be considered as one of the top competitors to win the US Open Title. The US Open starts on 30th August in New York.

Medvedev previously made it to 2019 final but lost to Spanish star Rafael Nadal in straight sets. Daniil Medvedev praised Reilly Opelka for his fighting spirit till the end of the game. Opelka saved break points in crucial moments of the game. Medvedev said playing in a First Master’s Final is not that much easy, he also recalled his first tournament in Canada where he won just three games.

Daniil Medvedev said that he never dreamt of winning the Toronto open title. Medvedev expressed his happiness as he has four wins in five finals. Medvedev made a point that he wants to achieve more and reach the Number 1 spot.

Reilly Opelka ranked 32nd in the world said that he was completely outplayed by Medvedev from the start. Opelka added that Daniil played great and counted the big shots well. Opelka said that he had one chance to break early but that was not enough to change the momentum of the game. Reilly Opelka found it very tough to disrupt Daniil Medvedev.