India clinches a thrilling 5-run win over Bangladesh, inch closer to the semis

Posted by Dafabet Sports on November 3, 2022 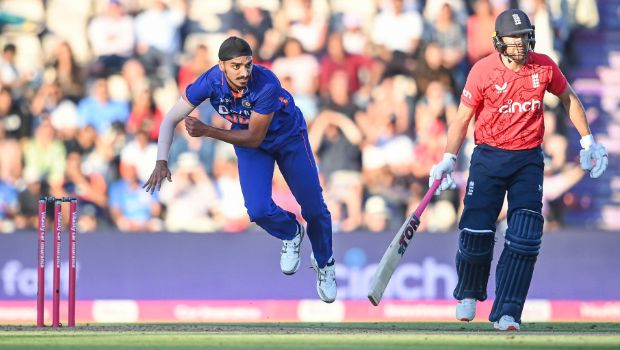 India held its nerve to secure a 5-run win over Bangladesh in a rain-curtailed last-over thriller at Adelaide Oval. Men in blue produced a clinical performance against a spirited Bangladesh side and boosted their hopes of qualifying for the semi-final. India’s young pacer Arshdeep Singh defended 20 runs in the last over to secure a memorable win.

Batting first, India got off to a slow start, losing skipper Rohit Sharma for 2. However, KL Rahul roared back to form and smashed a confident half-century. Suryakumar Yadav chipped in with a cameo of 30-runs before Shakib Al Hasan breached his defense. Virat Kohli continued his eternal love affair with Adelaide and hit his third fifty of the tournament.

Hardik Pandya (5), Dinesh Karthik (7), and Axar Patel (7) failed to provide much support at the other end. However, Kohli continued to attack and scored an unbeaten 64 to power India to 184/6 in 20 overs. Ravichandran Ashwin (13*) delivered some lusty blows at the end.

In response, Litton Das gave Bangladesh a terrific start and led the run chase with a quickfire 21-ball fifty, before rain stopped the play. However, the Super 12 match resumed shortly and the target got reduced to 151 in 16 overs. Das’s 60-run knock came to an end when Rahul produced a game-changing direct hit.

Soon Mohammed Shami dismissed Shanto (21), who looked to counter-attack. Arshdeep and Pandya struck twice in their respective overs to put Bangladesh on the back foot. Men in blue played one of their most complete games when it was needed the most.