Posted by Dafabet Sports on November 3, 2022 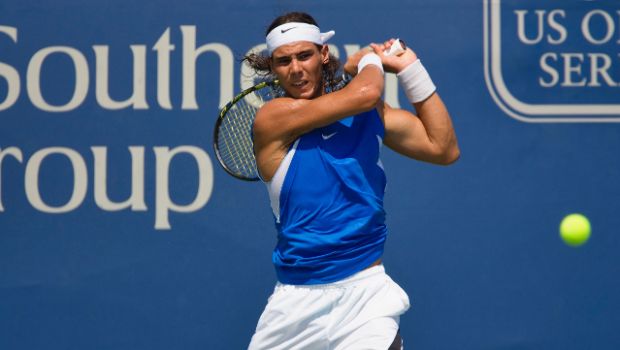 Tommy Paul earned the biggest win of his career by defeating the world no.2 Rafael Nadal at the Rolex Paris Masters. Paul pulled off the win, rallying from a set down to upset the Spaniard, avenging an Acapulco defeat to the 22-time major champion. Nadal made a losing return to competition as he crashed out of the Paris Masters in his opening match. The Spaniard had not played since exiting the U.S. Open two months ago and lost to the American 3-6, 7-6(4), 6-1 after giving a tough fight for two hours and 32 minutes.

Nadal has ruined his year-end no.1 chance, suffering his earliest Paris Masters loss. The 36-year-old Spaniard failed to reach the quarter-final for the first time at this event. Nadal fought well in the opening two sets, but it was not enough to carry him home.

In the first game of the match, Nadal found himself at deuce after being 40-0 up but managed to hold on. Paul was the first to break as he took a 2-1 lead but Nadal immediately broke back and won three games in a row from 3-3 to take the opener 6-3.

The Spaniard started well in the second set. This time it was the Spaniard who pounced first and also took a break lead in the third game of the second set. But the world No.31 Paul broke Nadal straight back at love to level at 2-2. Nadal was then forced to stave off two break points while serving at 2-3 down. Paul created a set point chance with the Spaniard serving at 4-5 but the American netted two shots in a row before sending a ball wide to let Nadal escape the game.

The set went to a tiebreak and the 25-year-old American took an immediate lead after Nadal’s double fault. Paul created three further break chances with his aggressive baseline game and converted his third set point to force a decider.

A loose service game from Nadal handed Paul an early lead in the decider. Paul found himself facing a break point but was handed a lifeline as Nadal narrowly missed the line and failed to convert before Paul held for 3-1. The American began to dictate from there and sealed the match with a fifth break.

After registering his first win over a Big Three player, Paul admitted that it was his best win and he played some very aggressive and effective tennis, especially in the third set.