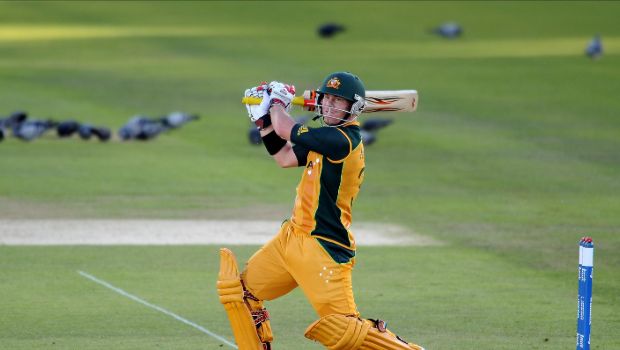 Australia defeated New Zealand by eight wickets in the finals of the T20 World cup at Dubai International Stadium. Australia lifted their maiden T20 World Cup with a commanding victory over the Blackcaps. Australia came into the World cup campaign after five consecutive series defeats but roared back to lift the trophy.

The Aussies top-order David Warner and Mitchell Marsh overwhelmed the blackcap’s bowlers with their blistering knocks and secured a comfortable win. After being put in to bat first, the blackcaps had a decent start. Josh Hazlewood dismissed Daryl Mitchell (11) and provided the breakthrough. New Zealand skipper Kane Williamson joined with Martin Guptill to steady the innings. Both scored runs with sensible batting.

Guptill scored 28 runs before Adam Zampa bagged him. Williamson changed his gears and rained boundaries. Williamson led his team from the front and scored an attacking 85 runs. Glenn Philips and James Neesham contributed 18 and 13 runs respectively. Senior pacer Hazlewood was the pick of the bowlers with 3/16 in 4 overs.

Chasing a target of 173, the Aussies lost their captain Aaron Finch (5) in the third over. Mitchell took a brilliant catch to send him off to the pavilion. Warner alongside Marsh anchored the Aussies’ innings. Both played attacking shots and scored boundaries frequently. Warner (53) scored his half-century before Trent Boult clean him up.