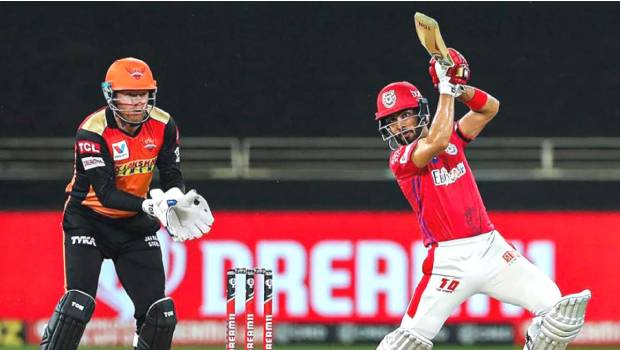 On Monday’s match against Kolkata Knight Riders, Kings XI Punjab won the match by 8 wickets. Mandeep Singh and Chris Gayle played explosive innings for Punjab. Thanks to their half-century innings, Punjab achieved the target of 150 runs for 2 wickets in 18.5 overs. This is Punjab’s fifth consecutive win in the tournament.

Mandeep Singh scored the highest of 66 runs as he hit 8 fours and 2 sixes. Chris Gayle scored 51 runs where he hit 2 fours and 5 sixes. Mandeep dedicated this innings to his late father who passed away a few days ago. KL Rahul contributed 28 runs while Nicholas Pooran remained unbeaten on 2 runs.

Earlier, KKR’s team scored 149 runs for 9 wickets in 20 overs. Shubman Gill scored 57 runs by hitting three fours and four sixes in his innings. Apart from Gill, Captain Eoin Morgan contributed 40 runs off 25 balls and Locky Ferguson scored 24 runs from just 13 balls. Apart from these three players, no other batsman from KKR contributed much to the scoreboard. For Punjab, Mohammed Shami took 3 wickets while Chris Jordan and Ravi Bishnoi took two wickets each.

After having a terrible first part of the season Punjab was placed at the bottom with no hopes of reaching the playoffs. Since the second part of the tournament began the tables have turned as they are going on a continuous winning roll.