IPL 2022 playoffs: 3 reasons why Gujarat Titans may not win the qualifier 1 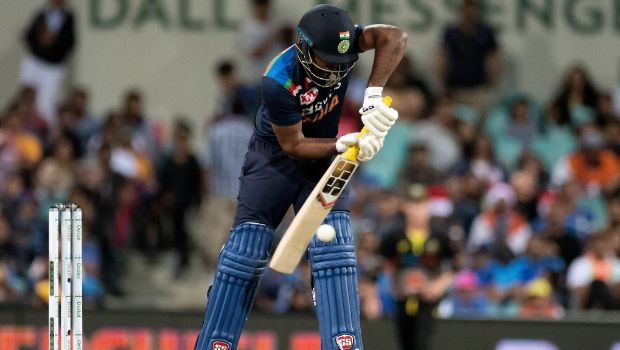 Table-toppers Gujarat Titans will take on the second-placed Rajasthan Royals for a place in the IPL 2022 final. Eden Gardens will host the Qualifier 1 match of IPL 2022 tonight. Gujarat Titans have exceeded expectations in their debut season. GT ended their league stage with 10 wins from 14 games. Rajasthan Royals, on the other hand, is coming off a victory against Chennai Super Kings in their final game of the league stage. The Sanju Samson-led side will be looking to continue with the winning momentum into this game as well. They are likely to stick with the same combination which seems a perfect one.

GT skipper Hardik Pandya has been impressive with the bat, scoring 413-runs with four half-centuries. Opener Shubman Gill has also notched up 403-runs at a good strike rate. With the ball, Mohammed Shami and Rashid Khan have claimed 18 wickets each in 14 matches.

One of the reasons, GT might not advance to the final is their discomfort in batting first. Though the Titans seem to be the strongest side, they are not invincible. Their discomfort while batting first has been exposed more than once in the league stage. Their first defeat in IPL 2022 came when they were asked to bat first by the SRH. GT managed only 162/7 and succumbed to an eight-wicket loss.

The second main reason why GT has struggled with the bat is that they have not had a settled No. 3 batter. Vijay Shankar, Sai Sudharsan, and Matthew Wade, all three failed to perform well. However, Sudharsan scored an unbeaten 65 against PBKS in a losing cause. It remains to be seen who bats at the decisive position in Qualifier 1.

Veteran pacer Shami has been excellent with the ball, especially at the start of the innings. He has dismissed the in-form openers on the opposite side several times. What he has been lacking though is support from the other end. Though Yash Dayal has done a decent job, his inexperience has made him go for more runs.