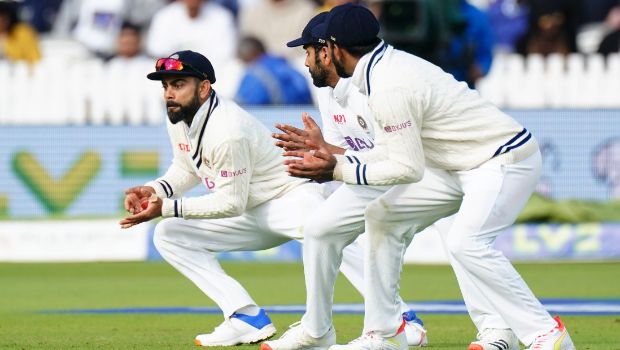 Royal Challengers Bangalore defeated Gujarat Titans by 8-wickets to keep themselves alive in the playoffs race. Chasing a target of 169-runs for a much-needed win, RCB emerged victorious with eight balls to spare. RCB is now placed fourth on the points table with 16 points. Virat Kohli roared back to form when it mattered the most and played a blistering knock of 73-runs. Glenn Maxwell gave the finishing touches by playing a superb cameo of 40-runs.

After opting to bat first, GT lost Shubman Gill early for just 4. Matthew Wade (16) followed him with the courtesy of a controversial 3rd umpire decision. Wriddhiman Saha, who looked to continue with his fine form, was dismissed by Faf du Plessis with a good effort on the field.

GT skipper Hardik Pandya and David Miller (34) looked to build their innings and put a brilliant partnership of 61-runs in the middle overs. Rashid Khan played a fine cameo of 19-runs off just 6-balls to boos up the score. Pandya’s unbeaten knock of 62-runs carried GT to 168/5 in 20 overs.

In reply, Kohli and du Plessis (44) gave RCB an excellent start by stitching a 115-run stand for the opening wicket. Kohli did not take long to express himself after getting off to a cautious start. Former RCB captain became the first batter to breach 7,000 run-mark in the history of IPL. Rashid struck twice to dismiss the opening duo of RCB. However, Maxwell played some fine shots to wrap up the proceedings with an unbeaten knock.