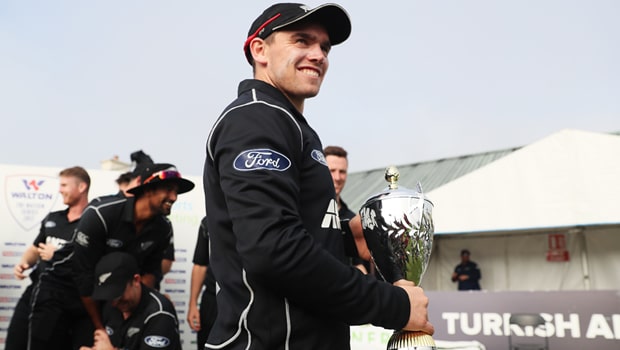 Team overview: New Zealand have always done decently in ICC tournaments. They were the runners up in World Cup 2015 and have a potent squad this time as well. However, potential isn’t everything until and unless it is converted into results.

Their top order batsmen, especially Martin Guptill, are pretty inconsistent. Their spin attack of Mitchell Santner and Ish Sodhi is pretty average and all of their pacers, except Trent Boult, underperform on most occasions. In fact, Boult is one of the highest wicket-takers in ODIs since the last World Cup. However, none of the other Kiwi bowlers have come even close to emulating his success. Matt Henry though is known for hurrying batsmen with his searing pace. He will be a bowler to watch out for. But the likes of Tim Southee and Lockie Ferguson will need to do better.

All-rounders Colin de Grandhomme and Jimmy Neesham have been pretty inconsistent too. They will need to step up for New Zealand to do well in this World Cup.

They can bank on their middle order though, which consists of the experienced duo of Kane Williamson and Ross Taylor, and the talented Tom Latham. Their middle-order is the biggest strength of their team and they will be relying heavily on them to deliver the goods consistently throughout the tournament.

Major threats to India: Swing-specialist Trent Boult and the middle-order pillars, Williamson and Taylor, are the ones India need to be aware of. All three of them can give India a tough time if they turn up with good performances in the same match. India’s top order has been found to be quite vulnerable to swing and pace on previous occasions. So, India will need to handle Boult carefully. Both Williamson and Taylor average around 40 against India in ODIs. Hence, they need to formulate plans to get rid of them quickly as well.

Predicted Outcome: A clinical victory is predicted for India in this encounter. Although the Kiwis have a decent squad, India is probably too good a side for them to beat. Their spin twin of Kuldeep Yadav and Yuzvendra Chahal have given the Kiwis a tough time previously. Jasprit Bumrah and Bhuvneshwar Kumar are there as well to support them. So, it will be a tough job for the Kiwis to post a good total against India. Moreover, the Indian batsmen will hardly find the Kiwi bowling attack challenging enough.