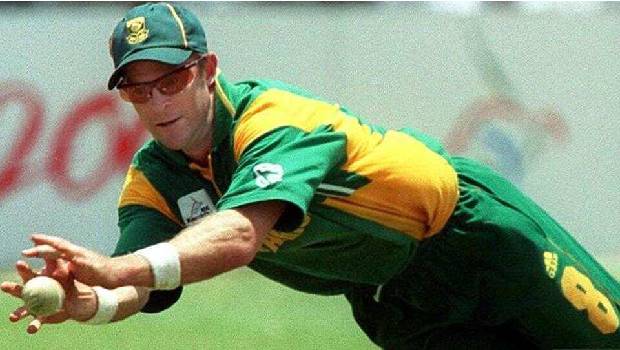 South Africa national cricket team ran through soul-crushing defeats in the ICC events since the inception of the tournament. Even with key players in their arsenal, they failed to win a major trophy in decades and thus they earned their chokers tag. During the ODI World Cup 2019 in England, South Africa went from bad to worse as the games progressed and ended up seventh in the points table with just 3 wins and 5 defeats.

After going through all debacles, staunch supporters who cheered for the team through thick and thin highlighted that they are badly missing the services of AB de Villiers. For the unversed, AB de Villiers retired before the 2019 World Cup and unfortunately could not take part in the summer’s showpiece event. Since then, a lot has been perked about the development of him making a comeback.
‘AB de Villiers is such a class guy’: Jonty Rhodes

AB de Villiers’ last international appearance came against Australia in the Test match in March-April 2018. The star cricketer is likely to make himself available for the national team selection such that he can spice it up in the upcoming showpiece event which is to be held in Australia in October. The batting phenom, who is a consummate surgeon at the crease is known for the knack of tearing the opposition bowlers apart on any given day.

Former Proteas cricketer Jonty Rhodes believes that AB de Villiers’ return would do a world of good for the South African team while also adding that he might upset the opposition. The greatest ever fielder of all-time, Rhodes said that South Africa should give absolutely everything to win the T20 World Cup, even if it means bringing AB de Villiers out of retirement for the upcoming marquee event.
“I think it’s interesting because it’s a tough call,” Jonty Rhodes told ESPNcricinfo on the sidelines of the Road Safety World Series in Mumbai. “You want your best team to play, it’s also tough on the guys who then miss out. You know AB is a very special player so then do you set a precedent for a guy like AB de Villiers if he is not playing for South Africa, I mean why are you selecting him?” he added.
“I suppose a lot of people watch how he performed at the IPL but just watching him in the Big Bash, he’s such a class player; I’m a big fan of AB de Villiers. I’m just not sure of the precedent. If you want to win a T20 World Cup, you should do anything to win it. You’re not breaking any rules, you are setting a slight precedent and you are going to be upsetting a few players who are going to miss out,” said Rhodes.

AB de Villiers, who hasn’t played the bat-ball game for over two years, is widely recognized as one of the best batsmen in the world. Mark Boucher-led South Africa team management would hope that AB de Villiers’ return would change the fortunes. It would be quite interesting to see how optimistic development pans out as time progresses.

Bumrah exempted from the final Test match to prepare for his wedding
Harmanpreet Kaur tests positive for COVID-19
I Know We Will Win This Battle: Kapil Dev Coronavirus Crisis