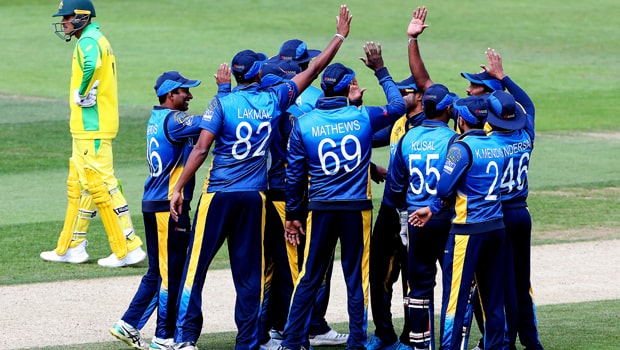 India will play Sri Lanka in their last league game of ICC World Cup 2019. The islanders are coming into this tournament with a completely revamped squad. Even their captain Dimuth Karunaratne was a surprise choice made by the selectors before this huge tournament. Their overall form in the last couple of years has been quite disappointing as well. However, with a fresh squad at their expense, Sri Lanka would be looking to start things afresh with hopes of better results. So, how are they going to fare in the tournament? What would be the outcome in their match against India? Let’s have a look.

Team overview: Sri Lanka is a very young team. Even though players like Kusal Perera, Kusal Mendis, Isuru Udana and others have played a handful number of games, a lot will depend on how the experienced veterans like Angelo Mathews, Lasith Malinga and Thisara Perera perform. Karunaratne’s performance will be pivotal in determining their faith as well. So far, he has instilled hope in the Lankan fans by playing an impressive knock of 70-odd runs against South Africa in the warm-up game. Hence, they would be hopeful of similar performances from him in the main tournament as well.

Wicketkeeper-batsman Kusal Perera will mostly partner him at the top of the order. He is a very explosive batsman who can take the game away from the opposition in the blink of an eye. His flamboyance and Karunaratne’s steadiness will form a balanced pair at the top for Sri Lanka. The all-important No. 3 position will be held by the young and talented Kusal Mendis. He has played over 60 ODIs till now but an average under 30 suggests that he hasn’t done justice to his potential yet. Things will get a lot easier for Sri Lanka if he finds form and consistency.

Mathews, Lahiru Thirimanne and Dhananjaya de Silva will form the middle order. Mathews is their best batsman at the moment and he has to lead from the front. Thirimanne is a technically strong batsman and he will be Sri Lanka’s man for crisis situations. De Silva followed by Thisara Perera at No. 7 will do the late hitting duties. Perera will also have the responsibility of performing with his medium pace bowling while De Silva will be called upon sometimes to roll his arm over with his part time off-spin.

The pace department looks well rounded with two strong death bowlers in Lasith Malinga and Nuwan Pradeep. They have one weapon for swinging conditions in Suranga Lakmal and they will need to use him wisely. Isuru Udana has got very good variations and that will come very helpful in the middle and death overs. He has got a tremendous batting ability too. Don’t be surprised if you see him getting promoted higher up the order for big hitting duties in case the top order gives the team a good platform. They have only Jeffrey Vandersay in the spin department. Although he is a good bowler, it remains to be seen whether he would be able to compete with spinners of other teams. Overall, it can be said that Sri Lanka have got very talented individuals but their success will depend on how they go on to perform as a unit.

Major threats to India: Angelo Mathews appears to be the only threat to India’s chances of victory in this match. None of the other players have been able to trouble the Indian unit much on previous occasions. Only Mathews is the one who has stood like a rock in India’s way on numerous occasions previously.

Predicted outcome: As a unit, India are much more superior to Sri Lanka. The individual skills of their players trump that of their Lankan counterparts as well. So, an Indian victory looks like the only possible outcome of this match.