Posted by Dafabet Sports on September 2, 2019 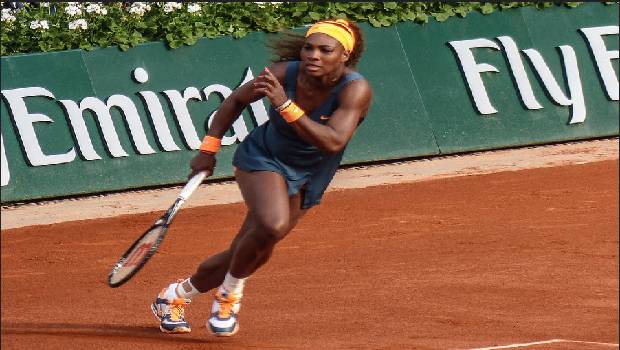 Serena was in pain acceptable pain, her coach called it after rolling her right ankle during the second set of a U.S. Open victory.

The No. 8 seed American was broken back midway through the second set, but it was an otherwise flawless display from the veteran in Arthur Ashe Stadium Six-time champion Serena Williams registered a decisive win over Karolina Muchova from Czech Republic to enter the pre-quarterfinals of the ongoing US Open. Williams defeated Muchova 6-3 6-2 after converting five of nine break points against the Wimbledon quarter-finalist.

During her on-court interview after the match, Williams characterised her play as intense. She will now face Petra Martic, the No. 22 seed from Croatia for a place in the quarterfinals. Martic defeated Anastasija Sevastova from Latvia 6-4, 6-3 to move to the fourth round.

On a day that defending men’s champion Novak Djokovic pulled out of his match because of a problematic left shoulder, the good news for Williams as she pursues a seventh championship at Flushing Meadows and 24th Grand Slam singles title overall is that, while she reached the quarterfinals by beating No. 22 seed Petra Martic 6-3, 6-4 despite the ankle issue, No. 2 Ash Barty and No. 3 Karolina Pliskova both exited her side of the bracket Sunday.

Not that Williams seemed to care all that much about being one of only three of the top 12 seeded women who will still be around Monday.

Williams has dealt with various health issues all season, including one that ended her stay at the Australian Open.

I can’t afford to look at it that way. Every single match I have played, people come and they play their best. The women that I play are not generally playing at this level against other players in the locker room, so for me, I have to be the greatest, whether it’s against the second seed, the No. 1 seed, or the No. 80th player in the world, said Williams, who faces No. 18 Wang Qiang next. “I have to show up or else I’m going to go home.