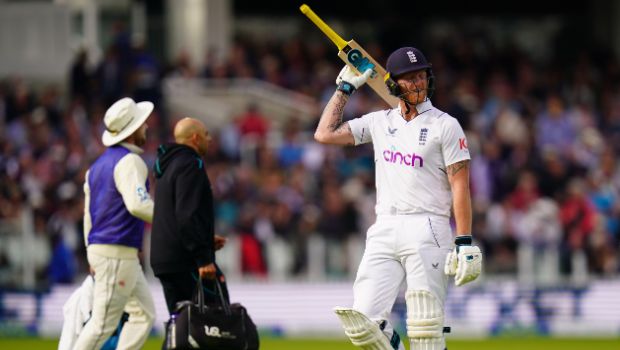 England produced a clinical performance to beat Pakistan by 5 wickets in the final and won the T20 World Cup 2022 title at the iconic MCG in Melbourne. Ben Stokes smashed a gritty unbeaten half-century to help his side chase down the below-par target of 138 runs with an over spare to spare and secured a memorable win for England. Earlier, England bowlers did a great job to restrict Pakistan to a low total of 137 runs. Sam Curran, who led the England bowling attack, was sensational with his bowling figures of 3/12 in 4 overs.

The English men shattered a few records with their remarkable win. England lifted its second T20 World Cup trophy, having won its maiden title back in 2010. They equaled West Indies’ record for winning most T20 World Cup titles with both teams now having won the trophy twice each.

England also scripted history by becoming the first team to hold both T20 and ODI World Cup trophies at the same time in men’s cricket. England, the reigning world champions, was crowned as the ODI World Cup champions back in 2019.

After being put in to bat first, Pakistan’s opening duo Mohammad Rizwan and Babar Azam found it difficult to score quick runs. Curran cleaned up Rizwan (15) to draw the first blood. Mohammad Haris then departed for just 8. Skipper Azam and Shan Masood changed the momentum of the game by hitting a few quick boundaries.

But Adil Rashid took a game-changing wicket in the 12th over. The England spinner bowled an excellent googly to dismiss Azam (32). Azam was clueless and played straight into the hands of Rashid. In the next over, Stokes removed Iftikhar Ahmed for a duck. Shan Masood (38) and Shadab Khan (20) looked to score quickly by adding 36-runs for the fifth wicket.

However, England’s bowlers never allowed the Pakistan batters to get into the game and kept taking regular wickets. Pakistan managed to finish with a total of 137/8 so that their bowlers have something to defend.

England in response had a shaky start as Shaheen Afridi bowled out Alex Hales (2) with an unplayable delivery. Skipper Jos Buttler departed after scoring a quick 26. England lost the rhythm by losing a few wickets. But Stokes rose to the occasion and played a blistering inning to take England home while Moeen Ali chipped in with a crucial 19 runs. Stokes proved to be one of the best all-rounders in the world.