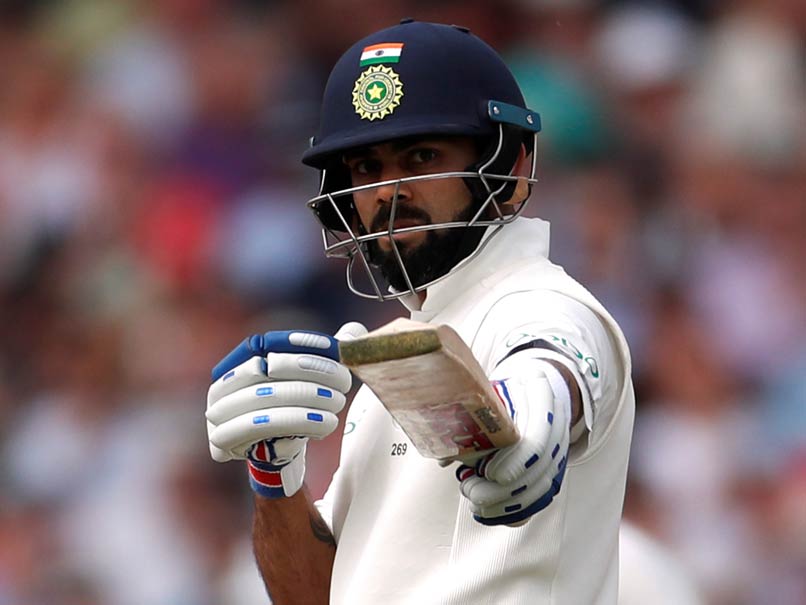 The third Test against England at Trent Bridge : Virat Kohli achieved the milestone during Day 1

India captain Virat Kohli on Saturday became country’s highest run-getting Test skipper overseas. Virat Kohli achieved the milestone during the opening day of the third Test against England at Trent Bridge in Nottingham. The record was previously held by former Indian skipper Sourav Ganguly, who has 1693 runs to his name. Ahead of the third Test, Virat Kohli needed 59 runs to surpass Ganguly to become India’s highest run-getter as Test captain in Tests played overseas. Courtesy Virat Kohli’s gritty 97 in the first innings at Trent Bridge, the Indian skipper crossed Ganguly’s total and now has 1,731 runs under his belt.

Kohli fell three runs short of a century as he was dismissed by Adil Rashid at 97. Kohli, who scored a brilliant first Test century against England in the series opener at the Edgbaston cricket ground, was dismissed when he edged an intended drive off an Rashid leg-break to Ben Stokes at slip. Kohli took 19 Tests to achieve the milestone, while Ganguly played 28 Tests overseas as captain.

Former India captain Mahendra Singh Dhoni is third on the list with 1591 runs at an average of 32.46. Dhoni has played 30 Tests as captain overseas.

Mohammad Azharuddin has 1517 runs under his belt in 27 Tests as captain while playing on foreign soil. Rahul Dravid is fifth in the tally with 1219 runs at an average of 46.88. Popularly known as “The Wall”, Dravid led India in 17 Tests overseas.

Samson’s knock went in vain as India lost the first ODI by 9 runs against South Africa
Virat and Co gets ready for Down Under
Pakistan vs SL ICC World Championship 2019: Test match series is back in Pakistan