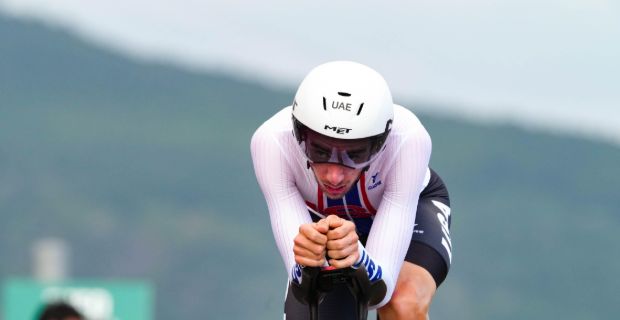 Brandon McNulty spent much of the race in time trial mode. Brandon was ahead and raced alone off the field for the final 60km of the Trofeo Calvia before celebrating his first victory for the UAE Team Emirates with his arms punching in the air. It was quite interesting that Brandon’s solo effort was not measured in watts or beats per minute, instead calculated by old-fashioned feel. The American cyclist admitted that it was not done on intention, and he had forgotten to put on his heart rate monitor ahead of the race.

Adding more fuel to the fire, his power meter also failed and gave up with just 20km on the clock. Brandon went on to survive the selections in the Mallorcan hills and then made his audacious bid with just over 60km remaining. The 23-year-old cyclist carved out a slight advantage and managed to hold it all the way to cross the line. Finally, the American rider celebrated his first win as a World Tour rider.

Analysis of the publicly-available file showed that McNulty covered 156.7km at an average speed of 37.2km/h. Brandon’s average power output was 12 watts and suggested that he burned just 207 calories, fewer than he would have done watching television by lying on the sofa. The young rider’s power output started fluctuating in the opening minutes of the race, before becoming non-existent at the 20km mark, his power meter stopped working.

The loss of his analytics tools did not seem to hold Brandon back. Instead, it liberated and enabled him to ride in a way that he might not have done otherwise. He has started this season with a brilliant win and would look to take more steps to develop well in the upcoming races.

Though it was a tough day, it was good for Brandon and his teammate Joel, who finished second. After the race, Brandon said that he feels very happy and great to start the year with a good win. Brandon admitted that the race was with up and down terrain and no real flat roads, and the same helped him to establish a gap. He held on to the lead cleverly so that other cyclists found it tough to chase him down the twisty roads.

Brandon McNulty did not line up for the sprinter-friendly contest in Trofeo Alcudia. Instead, he opted for a 50km recovery ride, where his heart rate-monitor and power meter were back in action.