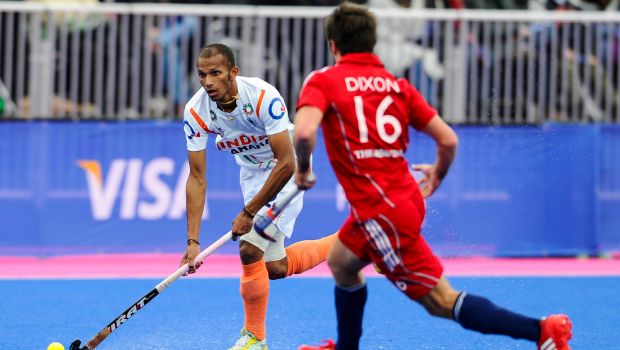 India stormed into the Super-4 stage with a massive 16-0 win over Indonesia at the GBK Sports Complex Hockey Stadium. Rising to the occasion, the Indian men slammed six goals in the final quarter to register a dominant win against the hosts. This remarkable victory has taken the defending champions into the knockout stage of the Asia Cup. Indian men needed to win by a margin of 15 goals in the final Pool A match to qualify for the Super 4s. The young Indian players, coached by former India captain Sardar Singh delivered their best under pressure.

Both India and Pakistan finished on four points each in Pool A behind Japan but the Indian men’s hockey team qualified for the Super 4s due to a better goal difference (1). India’s win has also shut the door for Pakistan to qualify for the next year’s world cup in India. Earlier in the day, Japan defeated Pakistan 3- 2.

India started the game with the full press on the Indonesian goal. However, the hosts resisted their opponent for nine minutes before Rajbhar scored the opener. India won the first penalty corner of the match in the next minute which Nilam failed to convert. However, Rajbhar was at the spot to tap in the rebound.

Singh then scored India’s third goal with two minutes left in the first quarter. Indian men started the second quarter with similar urgency. Sunil pumped in India’s fourth goal from the left after a missed trap on the Indian penalty corner. Nilam scored the fifth goal through a powerful drive from the drag-flick. Indonesia replaced their goalkeeper Rumaropen Julius with Fajar Alam but that was not enough to stop the Indian juggernaut.

India’s lead went into double figures in the Sudev scoring. A few minutes later, Tirkey bagged his second goal to take India’s lead to 11-0. Tirkey struck again with a penalty corner for his hat-trick before Sudev slotted in another goal in the 54th minute. Tirkey eventually scored the deciding goal in the final minute of the game to extend India’s stay in the tournament. Tirkey’s two goals from the penalty corners ended Pakistan’s all chances for qualification.